I have just returned from Boston after attending the Gilbane Conference 2013. I found the conference was good for networking and keeping up on the latest “content” topics.

The keynotes put a lot of attention on the importance of marrying the technology team of a company to the marketing team. This can be completed by way of a key manager who can unite what has traditionally been two independent departments in most companies. Meghan Walsh of Marriott, one of the first keynote speakers, was such a good example. Meghan managed the ecommerce responsibilities at Marriott from 2008 thru August of 2013. She was part of the Marketing team during this time. In August she changed her role to be a part of the IT team as her knowledge of the marketing requirements helped the IT team understand the marketing/ecommerce requirements better. Other models were suggested for a Chief Technology Officer (CTO) to sit between the CIO and CMO. The theme of there is no avoiding the fact that technology is a central part of any multi-channel marketing effort for companies of all sizes was emphasized throughout the event. 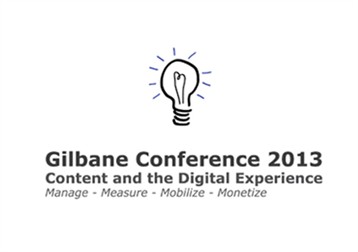 Since I work for a localization company I mainly followed the Content Marketing and Customer Experience track. The general theme here was going further to personalize the experience for your customers when they visit your site or in other customer communication. What was considered acceptable just 2 years ago is not today and if you do not reach further to personalize the experience for your customer your antiquated attempts will show.

One session of particular interest to localization professionals was “How Do You Implement Global Digital Experience Management?” The moderator and one the two panelists are also localization industry members. But oddly enough the one session that could focus on globalization elected not to do so. The initial speaker in this session was a consultant who started his presentation by saying he would like to not discuss ‘global’ in a geographic context, but would like to consider ‘global’ as in a universal manner within a company. The localization industry speaker on the panel did have a couple slides that spoke to global marketing, but it only represented a small part of her talk.

Interestingly, when it was time for Q&A there were many questions that were asked about localization. I expect the audience that came to this session had the same expectation as I before attending. Hopefully in future conferences they will allow for more globalization discussion.

The other theme that could be the mantra of marketing for this decade is ‘Content is King’. While everyone in attendance may feel they have heard this enough it is still good to hear it again and how some companies are working to provide their customers with more information than before and how this is growing their business.

Overall I enjoyed many of the speakers I had the opportunity to hear. I will say three that stood out for me were Kipp Bodnar from Hubspot, Kevin Nichols from SapientNitro and Irina Guseva from Real Story Group. Kipp was a not only a great presenter, but he brought fresh ideas to the conference. Kevin and Irina were both on a panel in which the format was for them to compete against one another for best answers. They both met the challenge and the winner was the audience getting great input from them both.

I look forward to the opportunity to attend next year. I made a number of new contacts and wish them all a great 2014!