In this blog I will cover what to focus on when marketing to Hispennials. 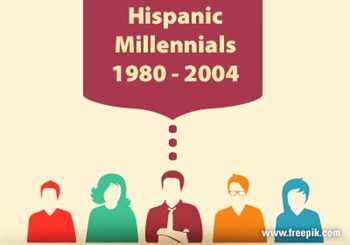 We grew up alongside technology and have been shaped by it. We communicate via our devices and are very active on social media. Social and environmental causes are important to many of us, and quality of life is a significant focus.

According to a Whitehouse.gov report, some important economic statistics about the millennial generation include:

The Hispanic market is growing and is expected to make up over 50% of the U.S. population by 2020.

A recent article written by Yuriy Boykiv and Rob Douglas of Gravity Media, claims that mobile, not language, is the biggest hurdle to reaching Hispanic markets. According to the article, Hispanics use their mobile devices to stay connected to family and friends and are more likely to subscribe to video-sharing apps, mobile TV subscriptions, and pay for unlimited data plans. Hispanics are also early adopters of devices.

Optimizing user experience and using social media to communicate are important strategies to employ when targeting the Hispanic market.

To successfully attract the Hispennial market, you must understand millennials and Hispanics. This is an extremely sought after segment, and you must focus on creating a well-executed digital strategy to gain their attention.

Hispennials are the most digitally engaged audience. Producing great, mobile-responsive English and Spanish content and being active on social networks is the best way to reach the large Hispennial market.