In the 9 years since Google acquired Android it has grown to be the world’s most popular mobile operating system. To do so the Google Android team developed language support features so that Android OS-based phones fully function in the language of the user’s choice.

Here is a view of how much of the world has accepted Android (Table by Canalys): 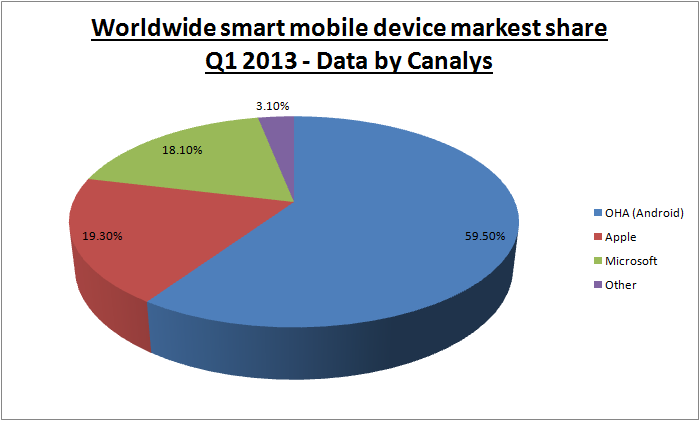 The list of languages currently supported within Android are:

In June Google mentioned they are close to releasing a multi-lingual feature that would allow a user of an Android OS device/phone to easily switch between languages using Google Now search. When this is available the feature will allow users to select as many as 7 different languages for various phone functions and applications. You could perform a search in one language, run an application in another and look up your contacts in yet another language all without having to re-set any settings between use of the apps or functions.

While I have an Android phone and will only have need for one language at a time, I have many polyglot friends who will likely use this feature daily once it is a released. Many families today speak multiple languages in their homes and would like the ability to use their mobile devices in multiple languages to play a game online with others, use various social media applications ( home country and native country) and browse the web.

When considering localization of applications for mobile devices, it is not only the people in a target country that may benefit and seek use of the localized app, but many of the native speakers who have migrated to other countries will use their phones in multiple languages.

Mobile application translation or localization is typically an affordable option for many start-ups rather than the cost for an enterprise or PC-based application as it will have much less text to translate. Here is a link to a blog of ours to provide tips on what to consider in creating a mobile app with localization in mind.

Android is an excellent mobile OS with strong language support. It is great that they are continuing to expand the language features and capabilities. If you are a mobile app developer with an interest to support mobile users globally or a mobile user looking to use your phone in a language other than English, you should feel confident that Android is a platform that can support your needs in almost every market in the world today.