You hear it all the time in the discussions about web or digital design with the Arabic language. I don’t like the Arabic fonts or Arabic typography used in general. No one is satisfied with the font their designer used on the web site! Why are you using that classical, less stylish font for Arabic though the font used for the English is so fancy?! Why are you using only regular and bold faces for Arabic – why don’t you use light, thin, black, italic or narrow typefaces for Arabic? Why does the Arabic text appear much smaller in size than the Latin-based text though it has the same format attributes? These are some of the many issues always discussed in design circles when it comes to Arabic graphic design. 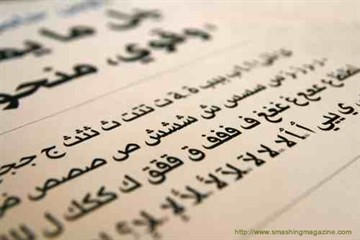 Finding an Arabic font with the 4 faces (Regular, Italic, Bold and Bold Italic) is like finding a needle in a haystack. If you find it, you are hampered with the technical challenges you face if you decide to use it. So what’s the problem? Why are there only a few trusted and faithful fonts for Arabic? Why is it so difficult to find a variety of Arabic fonts with different faces to suit different contextual and design uses like you can find for the range of Latin-based languages?

Well, there are three main issues with the Arabic language and Arabic typography that make it a really challenging language to put on paper or screen with a richness in design. Curious as it is, considered one of the richest languages in the world in terms of expressiveness and number of words.

For us – Arabic native speakers – we discover Arabic is really a complex language only when we start to study other Latin languages like English or German. The calligraphy of the Arabic writing system is one of the most complex writing systems in the world of languages. The following are a few of the reasons why: 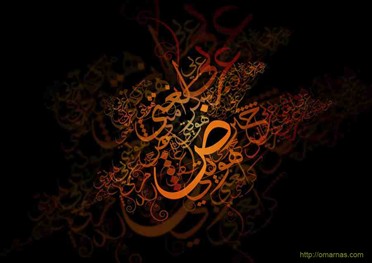 Lack of studies and programs on Arabic Design

There are only a few books on Arabic type design and Arabic script analysis. There are no specialized institutes or even departments or course programs within the major Arabic universities that have programs dedicated to Arabic Design.

The technical challenges with creating fonts for Arabic

Disharmony between Arabic and Latin letters of the same font is shown in this example:

Does Adobe finally have the answer?

Adobe has recently provided its Adobe Arabic and Myriad Arabic fonts. Does this take us closer to overcoming the many challenges with Arabic fonts or do we still have shortcomings? This is the subject of my upcoming blog so stay tuned!

Some resources on Arabic fonts and font design