The Arabic language is a complex language with many dialects. It belongs to the Central Semitic language family and is believed to have evolved from Aramaic. There are 30 different Arabic dialects spoken by approximately 275 million people.

Arabic has different dialects across regions, but you can also find multiple dialects spoken in the same country. A speaker’s nationality can be recognized by the dialect they speak. The Egyptian dialect is different than that of Saudi Arabia and both are different from the Lebanese dialect, which is similar to the Syrian dialect. 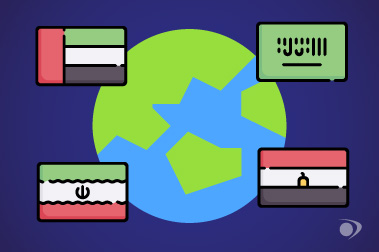 Arabic dialects can be broken into four categories:

Gulf: The Gulf dialect, known as Khaliji, is spoken by the people of the Gulf Cooperation Council (GCC) countries like Saudi Arabia, the UAE, Bahrain, Kuwait, and Qatar and has a close resemblance to the Iraqi and Yemeni dialects.

Levantine: The Lebanese, Syrian and Palestinian dialects are generally similar with slight differences, this also applies to the Jordanian urban dialect and the dialect used in the capital, Amman.

Egyptian: The Egyptian dialect has its own characteristics. It has unique pronunciation and toning from other Arabic dialects, yet it is easy for all Arabic speakers to understand due to popular Egyptian music, dramas, and entertainment shows. Some learners consider the Egyptian dialect as a good choice for learning Arabic. Additionally, there are different dialects across Egypt.

Maghreb: This is perhaps the most difficult dialect group for other Arabic speakers to understand and it extends from Libya east to the western coast of Mauritania. These dialects differ dramatically from other Arabic dialects. This dialect group spoken in Tunisia, Morocco, Algeria, Mauritania, and Libya.

The formal Arabic version used in academic learning, official documentation, publications, and the media is Modern Standard Arabic (MSA), also known as Al Fus’ha. It is standardized and the widely recognized written version across Arab countries.

MSA is the gateway for speakers of different dialects to understand each other as it is the formal language understood in all Arab countries. 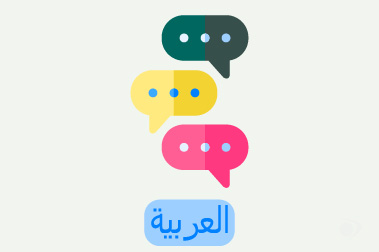 Some people may think that MSA is the magical solution to minimize any discrepancies when localizing and translating content for Arabic speaking audiences. However, learning and becoming familiar with dialectal differences is necessary when it comes to creating Arabic content for specific audiences.

To summarize, paying attention to detail and to your audiences’ preferences will impact the success of your content. To engage your audience, you must choose the correct Arabic dialect as well as tone, context, style, and many other factors. Communicating like a local will allow your company the opportunity to earn the trust, respect and business of your target market.