The words, “Dutch culture” tend to evoke imagery of windmills, wooden clogs, fields of colorful tulips and, to some, Amsterdam’s Red Light District and Coffeeshops.  What doesn’t typically come to mind are avant-garde cuisine or innovative farming practices.  However, sustainable farming practices and the reinvention of traditional foods are slowly creating a food revolution in the Netherlands.

The food of the Netherlands is known for consisting heavily of potatoes, root vegetables, meat and mostly bland flavors. It may be simple, but with their heavy consumption of vegetables and legumes, the Dutch diet is relatively healthy compared to their Western counterparts. 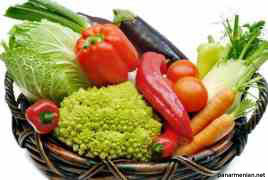 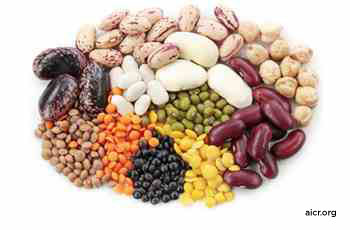 According to an article on the history of Dutch food, the absence of spices and flavors wasn’t always a part of Dutch cuisine.  In fact, the Netherlands ruled the spice trade for over 100 years, until the beginning of the 19th century when frugality became the way of life.  The Dutch lost many of their colonial possessions to the British in the Anglo-Dutch wars, resulting in a loss of much of their wealth.  Those losses, coupled with a growing population resulted in a need for frugality.

Efficiency and frugality were taught to school girls, in order to make cheap and nutritious meals.  Initially, girls from poorer classes were sent to these domestic schools, but eventually girls from all classes began attending these classes.  Spices and herbs soon became frivolous, traditional dishes were simplified and a passion for creating flavorful meals became a thing of the past.

With the current climate of a desire for locally sourced, organic and seasonal farm-to-table foods, the Netherlands is taking advantage of the trend.  Culinary artists are reinventing tradition by taking the wholesome ingredients and letting their simplicity shine through with modern twists to traditional recipes.  Organic farmer’s markets and specialty delicatessens are popping up everywhere, as this food revolution begins to gain more ground.  The Slow Food Foundation has even named numerous Dutch foods to The Ark of Taste.

Below is a list of a few foods that Awesome Amsterdam lists as Dutch foods you should try at least once.

In August 2014,
The Economist
published an article on Dutch farming practices.  Land and labor are very expensive which has forced Dutch scientists, businesses and the government to work together to optimize the development and production of high-value crops.

In the southern Dutch province of Limburg, a farm is run by robots.  The robots, developed by the Dutch firm Lely, feed and milk 180 cows, monitor their health and clean their stables.  An app alerts the farmers if a cow needs human attention.  The technology investment has resulted in double the number of cattle, 10-15% increase in milk production per cow and reduction of wasted feed. 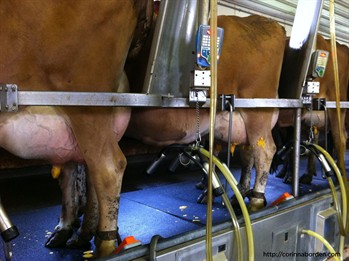 The Netherlands has one of the lowest levels of biodiversity, and due to the pressure from consumers and the government to clean up Dutch farms, there has been a push to invest in sustainable intensive agriculture.  Dutch cows now produce twice as much milk as they did in 1960.  The value of the Netherland’s agriculture exports is second only to America.

Dutch farmers are not only seeking to sell their food abroad, they are now looking to share their expertise with foreign farmers.  China’s biggest dairy company has chosen Wageningen University as their center for European research and development.

The growing concern for the increasing population and carbon-dioxide emissions produced by agriculture, demands a serious investment in sustainable farming practices.  Dutch farmers lead the charge in sustainable and intensive food production, which is the only way to move forward and reduce carbon dioxide emissions.

The beauty of Dutch cuisine is in the use of local, seasonal ingredients that are allowed to shine by enhancing their simplicity.  The push and investment in sustainable farming practices, joined with the renewed desire to create exciting cuisine, is making the Netherlands a hot spot for the growing food revolution.

Companies involved in agriculture or food service should consider the Netherlands as an interesting opportunity for business growth and learning.  The Dutch have expertise, ideas and food specialties to share with the world, along with room to grow and expand as their food revolution takes off.

Looking to Sell Your Goods or Services in the Netherlands?

If you are looking to expand into the Netherland’s market, here are some resources you may be interested in: