Dutch is spoken by approximately 20 million people worldwide, the majority of whom live in The Netherlands, where it is the national language. However, over 45 million Dutch speakers can also be found in neighboring Belgium, where it is an official language, along with French. Other countries with Dutch-speaking populations include France, Suriname and the Netherlands Antilles.

Dutch is part of the Netherlandic-Germanic subgroup within the West Germanic language family. It grew out of a Low German dialect called Lower Franconian in Germany. Modern Dutch began to appear with the translation of the Bible in the 17th Century.

Spoken Dutch presents a great deal of variety in terms of its dialectal forms. This variation starts with Standard Dutch, the official language for government and schools, and extends down to the numerous local dialects found in the regions and small towns of The Netherlands and Belgium. 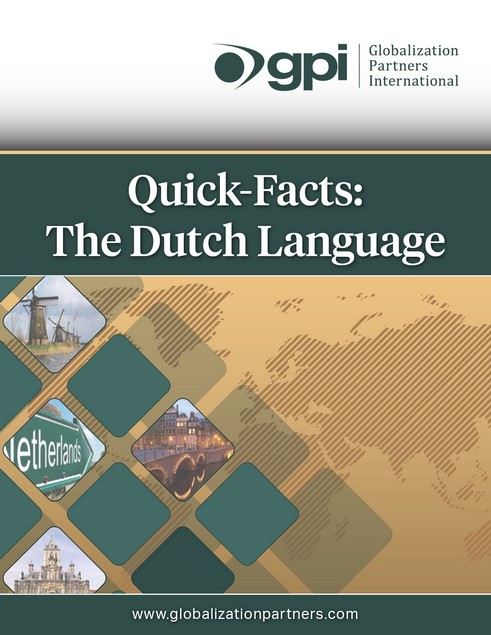