The Arabic language is the 4th most widely spoken language in the world. There are 280 million Arabic-speaking people spanning 22 countries around the world with combined economies equaling over one trillion USD annually. Arabic is one of the Semitic languages and is widely used in Arabic countries as a first language. Most Arabic-speaking countries are located in the Middle East, North Africa and the Arabic Gulf area. A total of 22 countries use Arabic as their official language and Arabic is also the liturgical language of Islam.

When considering the Arabic language, one must be aware of the very important distinction made between its written form and its numerous spoken forms. There are three different Arabic dialects or forms: Classical Arabic, Modern Standard Arabic and local dialects (Amya or Darja).


© Copyright 2021 Globalization Partners International.
® All Trademarks are the property of their respective owners.
All graphics used in this report were provided by Flikr, Google Images and other free internet resources for pictures. 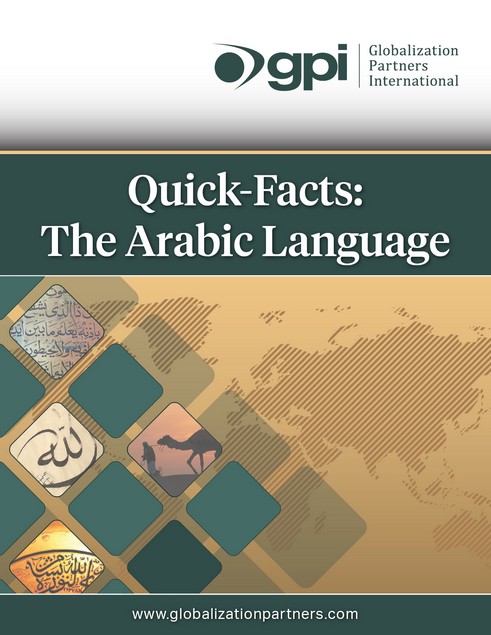