China is not only an attractive market, it is a necessity for many companies as they grow internationally. But before you begin any business in China’s marketplace, you should establish the status of your trademark.

Trademark laws have regularly seen change in China. Almost universally the rightful owner of a trademark is the person or entity that registered it first. But this is not always the case in China. 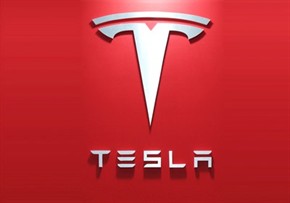 When considering your trademark in China, you must carefully decide if you plan to translate it into Chinese. Case in point, just this week New Balance lost a case and was ordered to pay the registrant $15.8 million. Since entering China, New Balance has used a translated/transliterated name, Xin Bai Lun, which had previously been trademarked by a Chinese citizen. New Balance argued that their use was not a trademark infringement, but rather, just a translation/transliteration of their established company name. They lost the case. New Balance did not put up much of a fight as they just did not take measures to safeguard how they presented themselves.

In another case last summer, Tesla settled with the owner of a skin care business that registered the name before Tesla could do so. The registrant, Zhan Boasheng, had stated he was going to use the name for use as a vehicle. Tesla credited the Chinese authorities with helping to resolve the case. But it is clear that this person was squatting on the brand. The terms were not made public, but there was a deal made. 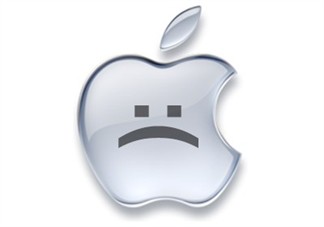 In 2012, Apple had a well-publicized trademark case involving the iPad and had to pay $60 million to settle the issue. Apple had paid the company to use the iPad trademark for a number of Asian countries. But, the rights for China were not clear. In China, they require such agreements to be clear and as such, Apple lost.

In contrast, a recent ruling allowed Tencent the right to a trademark that was deemed to be in the public’s interest for them to keep rather than the original registrant, Weixin. They did not judge the original registrant to have acted in bad faith, but on the basis of public interest, they awarded the trademark going forward to Tencent, as so many people use their application.

If you do feel a person is squatting on a trademark that you would seek, Chinese law states that a trademark can be revoked if it has not been used in three years and anyone can apply to terminate the trademark. So it is worth keeping tabs on trademarks that your business or brand may wish to claim.

Basic legal practice would dictate to check on any name you plan to use, but in the haste to enter a new market, sometimes there is a disconnect between marketing, legal, sales, local teams, etc. In the New Balance case, it was quite costly. Verify your trademark and establish it as the company standard. Will you use your non-Chinese name? Will you use a transliterated name (one that sounds similar) or use one in Chinese characters? Whichever you choose, you must adhere consistently to this standard or you could incur a serious penalty as someone may be legitimately using that name currently or could be squatting on it and still may cost you.

If this topic interests you may wish to read a book by Lei Mei called, “Conducting Business in China: An Intellectual Property Perspective.” Mr. Mei is managing partner of Mei & Mark in Washington, D.C.

Globalization Partners International (GPI) works with many companies that are entering China for the first time and we will inquire how their brand is to be identified whether for website translation, localized brochures, packaging, technical manuals, user guides, etc. An international style guide should be developed which addresses such issues that may differ from that of their home country.

To further explore issues specific to Chinese translation and Chinese localization, you may wish to review our previous blogs: