In May, many webmasters started realizing that there was a big drop in organic search traffic to their websites. There were rumors that it was another Panda or Penguin update, but Google denied this. In mid-May, Search Engine Land received confirmation from Google that there was a content quality update. Search Engine Land is calling it a “Quality Update” while Glenn Gabe has dubbed it “ Phantom 2.” 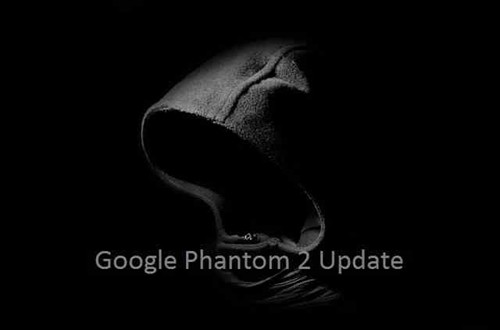 This “Quality Update” or “Phantom 2” surprised webmasters in the same way the first update did in 2013. Webmasters were seeing serious drops or increases in organic traffic towards the end of April and weren’t sure what was causing it. The sites that were being negatively impacted had serious content issues within their site, according to an article Glenn Gabe wrote analyzing this update.

According to Gabe, some of the factors that negatively affected sites in this content quality update are:

Many of the sites that have seen serious drops in organic traffic since the end of April, have also battled Panda in the past.

It is important to note that this doesn’t seem related to “Mobilegeddon” which took effect at the same time. Sites that are mobile responsive have also been negatively impacted by this “Phantom” update.

Websites across all industries with content issues, both desktop and mobile versions, are being impacted by this update. Some of the sites being hit (both positively and negatively) are How To and information sites. This is to be expected with the amount of content they offer users.

One of the How To websites who passed the content quality update was Quora. This is likely due to Quora’s high content quality standards, the site has very strict guidelines for user-supplied answers to questions. Users who respond to a question with clear self-promotion or even answering too generally will be flagged as spam very quickly.

In contrast, one of the most visible How To sites, Answers.Yahoo.com, got a “Phantom punch” by Google, surprising many of its users. It suffered the greatest penalty in its history, and it’s safe to say it’s because it doesn’t have the same guidelines for user-supplied answers that Quora has.

How to Bounce Back

If your website has been negatively impacted by this “Phantom” update, the first place to start is to conduct a site audit focusing on content and user experience.  For example, analyze landing pages with a significant drop in organic traffic and find engagement problems.

Producing relevant, compelling content and designing the navigation of your site with your user in mind will help boost your user experience and generate more organic traffic.  It’s important to try and stay ahead of these updates and not have to pick yourself back up after one of Google’s updates knocks you down.