Moving to another country is exciting but settling in can be tough. You’ve made the big move to relocate and you’ve downloaded the Arabic, Spanish or Hindi for Beginners app to help you navigate local life. But it’s not as simple as that. Especially if you have children. How will you ensure they integrate into a foreign language environment?

The schools or playgroups they will attend will likely to be made up of other expat children from across the world and despite the old adage that “children are like sponges” when it comes to learning a new language, that’s not always true. 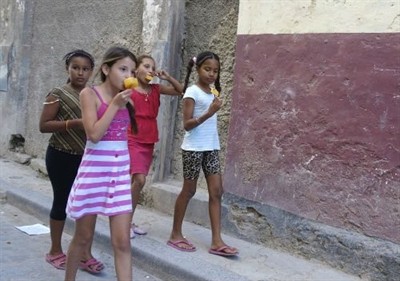 Communication is one of the most critical components to a smooth transition into a new culture and the benefits of speaking and understanding the local language are numerous.

It can make all the difference whether the family integrates into the society and makes the most of their stay there, or remains outsiders.

Learning a new language has other benefits too. According to Dr. Thomas Bak of the University of Edinburgh School of Philosophy, Psychology and Language Sciences, bilingual switching between different sounds, words, concepts, grammatical structures and social norms is a form of natural brain training.

On a social level, being bilingual gives us an enhanced awareness and understanding of other people’s culture and points of view.

In his article Advantages of Being Bicultural for Psychology Today, Professor Francois Grosjean says “biculturals” have a greater number of social networks, are more aware of cultural differences and succeed in being intermediaries between cultures, all traits that could lead to greater creativity and professional success later in life.

5 Tips for Learning a New Language

Moving your family to a new country with a different native language will be fascinating and challenging for adults and children, alike. Adapting to a new home with different cultures, customs, laws and languages come with multiple hurdles, but being committed to learning the language and culture will pay off and make your time abroad more enjoyable.

For children, growing up in a new environment and learning a new language may be beneficial to their creative and professional success later in life. It will also give them a deeper appreciation of the world around them.

Carmit T. Tadmor, Adam D. Galinsky & William W. Maddux (2012). Getting the most out of living abroad: Biculturalism and integrative complexity as key drivers of creative and professional success. Journal of Personality and Social Psychology, 103, 3, 520-542.