The Seychelles is an archipelago of 115 islands in the Indian Ocean off the eastern coast of Africa. It is considered one of the most beautiful islands in the world for its geographic landscape and environment, and it is a major tourist destination

The Seychelles is known as a land of “perpetual summer” where friendly people and culture combine with renowned natural beauty and serenity to offer the escape of a lifetime.

This blog will provide you brief information and facts about the Seychelles should you wish to visit or want to explore business opportunities there. 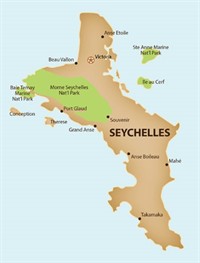 The Seychelles is renowned for its beaches, coral reefs, diving, nature reserves and rare wildlife. Mahe is the main island which is where the country’s capital, Victoria, is located. The capital is named after the late Queen Victoria II, of the British Monarchy.

The name “Seychelles” derives from the 1756 French expedition that led to the annexation of the islands. The commander of the expedition named the islands Séchelles after the controller of finance, Vicomte Moreau des Séchelles.

Below are some useful Creole phrases: 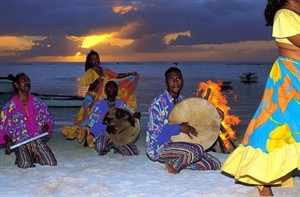 The culture reflects the traditions of all the different races and nationalities who settled the archipelago, including the Islamic mariners, the French settlers, the British colonials, the Tamil and Chinese traders, and the African slaves.

Seychellois are described as kind and easygoing.

African influences dominate music and dance, particularly in the moutia and sega music.

Apart from the traditional dress of the Seychelles, the dress code is relaxed, and formal clothing is seldomly worn. However, for the locals, there is a rule in the evenings; men have to wear long trousers and women are encouraged to dress up with no short skirts or swimsuits.

The Seychelles is an import-based economy and its main trading partners are Europe, Africa and Asia.

Tourism is focused on the beauty of the island, but tuna fishing is also becoming popular, as is aquaculture. A small manufacturing sector is linked to the establishment of an international trade zone. The country also offers registration facilities for foreign companies.

The government is currently drafting their next medium term development plan as it seeks to broaden the economic activity beyond fisheries and tourism. This means more opportunities for local private sector investment. This should also create more local employment

While the Seychelles is reasonably advanced with regard to environmental conservation and social welfare; these progresses should remain priorities and lead further growth. If the tourism sector folds to climate change and global pressures, these advances will be the most adversely affected.