Language services at the local level are becoming a necessity across the United States as the demand rises for the government to make documentation available in languages other than English. This will enable departments to communicate relevant data and information successfully to the diverse American population.

Law enforcement, welfare departments, the healthcare industry and child services are just a few of the agencies who use language services and will benefit from official communication that takes into account the hundreds of thousands of people who speak languages other than English. 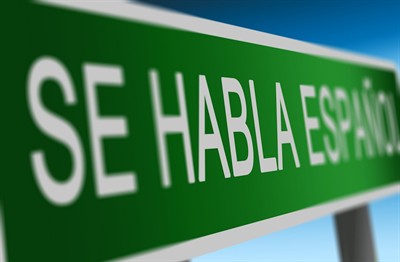 Don DePalma, founder of the Common Sense Advisory (CSA) research firm, based in Cambridge, MA, recently issued The Language Service Market: 2015 report which contains relevant data and trend information regarding both translation and interpretation services needed in the U.S.

He explained that most city, state and federal government agencies communicate solely in English. He even goes so far as to say that retailers not offering Spanish content, and government agencies publishing and speaking only English, could be breaking the law.

DePalma cited a number of federal laws, including Title VI of the Civil Rights Act and, New York’s newly passed legislation requiring the city’s website to be translated into six languages.

Included in CSA’s research is the fact that the U.S. government spends billions of dollars each year on language services, but it is not clear how much money is spent at the state and local level because of how the spending is reported in budgets and local state agencies.

However, a new cooperative contract between the government and interpreting agency Language Select aims to fill this gap in services.

It will offer all U.S. communities’ partnering agencies language interpretation, translation and telephone interpreting services with access to over 200 languages, 24/7 throughout the year.