As the borders between European Union countries become more political than economic, the need to communicate information effectively to a diverse audience, without incurring huge costs, has become vital.

Niemanlab.org reports that for news organizations with limited resources, this presents a huge problem. To help solve it, publishers across the continent are joining forces to share news coverage and translation sources in an effort to reach broader audiences. 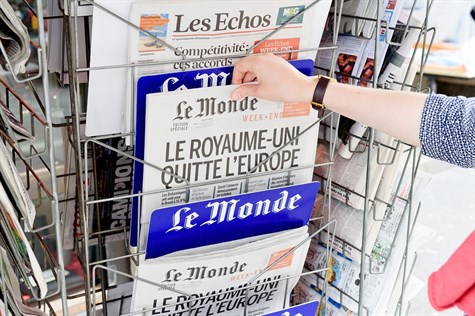 Here are what three leading news organizations are doing:

For the first time this Fall, they will centralize translation for the coverage of the U.S. election and it will be available at cost to the members. Translations are currently done on an ad-hoc basis and each news outlet pays for its own translations, using its own processes, which is costly.

2: Policy news website
EurActive has a network of 12 franchised sites across Europe and will experiment with machine translations (MT) to speed up the process.

One of the challenges they face with MT, according to EurActive translator Samuel White, is for small-scale operations to build up reliable translation memories, particularly in the languages that are less frequently translated. They are also looking at tagging and semantic web tools to create a more streamlined translation process.

3: Nonprofit site
VoxEurop, originally created to provide multilingual reporting out of Brussels, is creating a network of independent European news sites that will be called the European Independent Media Network (EIMN).

The network will function as a platform for content sharing, translating and localizing in 10 different languages. It will charge members for the content, including translations, while also offering paid translation services to other media outlets.

To read more, please see: European publishers are teaming together to translate the news to reach broader audiences.