In continuation of my previous blog, Diaspora: The Dispersion of People from Their Homeland, I will discuss other diaspora communities, like the exile of Armenians after the genocide that occurred between 1915 and 1923, the Hindus of South Asia due to several wars and the displacement of Palestinians. I will then discuss today’s translation technologies and how they affect diaspora.

The Armenian genocide was a result of the events of World War I in the Ottoman Empire, where two million Christian inhabitants were killed. Approximately 1.5 million of these victims were Armenian.

After the genocide, Armenians moved to many countries around the world. You will find the largest Armenian communities in the Republic of Armenia, Georgia, Russia, the United States, France, Argentina, Lebanon, Syria, Iran, Greece, Canada, Ukraine, Australia and Turkey. Many Armenians have stayed loyal to their Armenian mother tongue language, as well as gained a second language.

Indians are considered one of the three most important global diaspora communities. The estimated size of the world-wide Indian diaspora population has jumped to an estimated 25 million.

Although Indians continue practicing their religious beliefs and maintain their family structure and culture, there have been some transformations. For example: the Hindi language changed after coming in contact with the Creole languages of Trinidad. The caste system among Hindus weakened to varying degrees, though Indians of East Africa maintained their ties to the caste system more vigorously than their Caribbean counterparts. The Indian diaspora consists of a diverse global community representing different regions, languages, cultures and faiths. 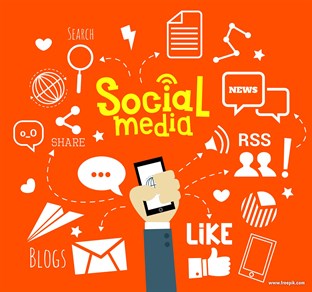 In today’s world, technology and social media have had a huge impact on diaspora communities in how they stay connected to their homeland and their relatives around the world. From cell phones to TV channels, Skype and Facebook, there are endless modes of communication, which allow dispersed populations to stay connected with their communities. The internet has provided a platform for information to be found, learning to become easier and for voices to be heard.

Language for diaspora communities becomes a mode of communication to stay connected to their mother tongue but also gain a new language, which connects them to the global world and their new life. Technology has allowed for these communities to learn the languages of their new homes and the use of their native tongues have added to the cultural richness of the countries where they land.

Mobile applications available for learning new languages for diaspora and refugee communities include:

AppsForRefugees.com is an excellent resource to find additional language applications for refugees.

Internal migrations, as well as international migration, have allowed diaspora communities to contribute to economic, social and cultural changes of their new locations. They also help with the development of their homelands by sending money to relatives or refugee communities and investing in land and/or new business.