St. Patrick’s Day occurs annually on March 17th, in honor of the patron saint of Ireland, who died on March 17th in the fifth century. St. Patrick was born in Britain and was kidnapped when he was 16 years old and brought to Ireland as a slave. He eventually escaped and is credited with bringing Christianity to Ireland.

This day has been celebrated by the people in Ireland since around the 9th or 10th century. But, the first St. Patrick’s Day parade took place in the United States on March 17, 1762, when Irish soldiers serving in the English military paraded through New York City. 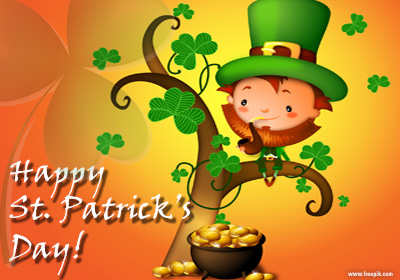 The U.S. has a large population of Irish Americans (the highest percentage living in Massachusetts) so St. Patrick’s Day is widely celebrated here. Americans celebrate the day by attending parades, wearing green, drinking beer and Irish whiskey and eating corned beef and cabbage, among many other traditions.

North America has the most St. Patrick’s Day celebrations, but the day is also celebrated in locations around the world, including Japan, Singapore and Russia.

The Luck of the Irish

When you hear the expression “the luck of the Irish”, you likely think of four-leaf clovers, leprechauns, pots of gold at the end of a rainbow and that Irish people are exceptionally lucky. However, the origins of this phrase may not be what you expect.

In the second half of the 19th century, during the U.S.’s gold and silver rush, many of the most successful miners were of Irish descent. Eventually Irish miners were associated with mining fortunes, leading to the expression, “the luck of the Irish.” However, there was a tone of disdain that went along with this phrase as some people thought the Irish miners’ success could only be associated with luck and not brains or talent. I’m sure the Irish laughed all the way to the bank!

“May your blessings outnumber the shamrocks that grow, and may trouble avoid you wherever you go.” – Irish blessing.

Don’t forget to wear green tomorrow, or you might get pinched!