Nestled between Thailand and Vietnam, along the South China Sea, is the Kingdom of Cambodia. This country, while relatively stable in recent years, has seen its share of turmoil in the last half century. New turmoil could be building with recent mass demonstrations against the current government as the people are frustrated with claims of corruption and the likelihood of fraudulent elections.

In this blog, I will cover some brief facts about life in Cambodia.

The website, If It Were My Home, provides an interesting perspective comparing basic living standards of a person in Cambodia to a person living in the United States. 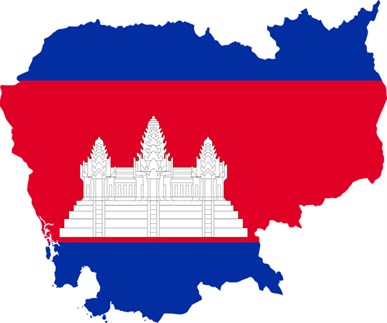 According to the site, if Cambodia were your home instead of the United States you would:

Cambodia is struggling to bring its population into the digital age while it is dealing with a corrupt government. This will prevent foreign investors from bringing business development into the country.

To grow digital usage will take a societal change more so than technical capability. Elsewhere in Asia, and also around the globe in financially depressed locales, digital acceptance is a way to improve economic position. But the benefits of going digital has not yet risen above a basic awareness in Cambodia.