Disney’s first theme park, Disneyland, opened in Anaheim, CA in 1955. It was followed by Disney World in Florida in 1971, Tokyo Disneyland in 1983, Disneyland Paris (originally Euro Disney) in 1992 and, most recently, Hong Kong Disneyland and Shanghai Disneyland in 2016. 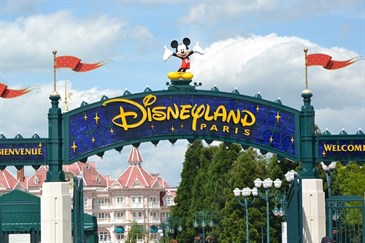 Euro Disney’s initially disappointing performance has been mainly attributed to the fact that the executives from Disney did not include cultural customization in their strategy. They were determined to replicate what worked in the U.S. and failed to incorporate some of the most important cultural aspects of the French market. This included things like the environment and location, labor laws, competition and financing.

Disney relied on Paris being one of Europe’s favorite tourism destinations and the French government’s considerable investment in infrastructure, mainly in transportation, to help bring millions of tourists to the theme park.

It was assumed that the transportation vehicles located around the parks would work for Europeans as they had for Americans, but it was discovered that Europeans preferred to walk rather than ride, leaving the vehicles significantly underutilized.

The company also did not take into account that France has colder weather than California and Florida. Europeans visited the theme park only during the times of year with nicer weather resulting in unexpected long lines and wait times during peak vacation season.

Disney’s policy of not serving alcohol in its parks had a negative impact in France, where the standard for lunch is a glass of wine. So following a thorough review and consideration, the company changed its policy and allowed wine and beer in the Euro Disney theme park.

Another issue was the company’s misunderstanding of European breakfast norms and when to eat every day. Initially, Disney thought Europeans did not eat a big breakfast and would wander around the parks with lunch in their hands. As a result, restaurants were designed for a small number of guests and this did not suit European who were waiting for their meals.

The lessons Disney learned can be applied to any type of company expanding internationally. It is important to thoroughly research the culture, language, location and buying habits of your target regions and audiences. It can be a complex and daunting task to understand another culture, but putting in the time and effort to develop a well-planned global strategy will guarantee your products or services are well-received and understood by your global audiences. It can be a costly mistake to assume that what worked for one market will be successful in another.