Happy Halloween! Many Americans are familiar with the customs and superstitions that accompany this day. Children trick-or-treat for candy, pumpkins are carved into jack o’ lanterns, houses are decorated with skeletons, spooky lights and spider webs and witches, goblins and ghouls are aplenty. Superstitions include steering clear of black cats, not looking behind you if you hear footsteps and keeping an eye on the sky for witches. But have you ever wondered how people around the world celebrate Halloween? 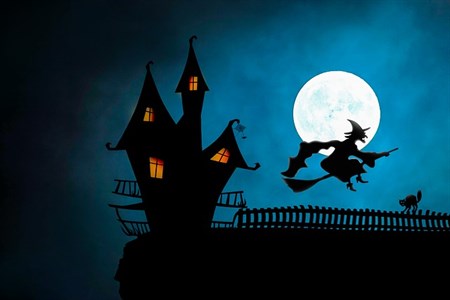 I recently had a conversation about Halloween with my colleague from Greece. She said she learned of the Halloween customs when she moved to the U.S. and didn’t have them growing up in Greece. However, she did say Greek children went door to door for money from friends and family on Christmas Eve and New Year’s Eve singing holiday carols. When I was growing up, my friends and I mapped out the houses that gave out king-sized candy bars, but I think Greek children got an even better deal when they went door to door!

After I had this conversation with her, it got me wondering which other countries celebrate Halloween and if their superstitions are similar to the ones I grew up with.

Germans pray for the souls of their dead at Halloween. As a precaution, they put away all the knives in their homes to not risk harming the returning spirits.

Austrians will leave a lit lamp, bread and water on a table before going to bed on Halloween eve. They do this as a way to welcome the souls back to earth.

There is a tradition called “Seating for the Dead”, where chairs are placed by the fireside. There is one chair placed for each living member of the family and one for each dead relative. It is also believed that drinking a glass of cold milk on Halloween will help soothe the burning souls of the undead.

The Irish serve a dish called “barnbrack”. Baked inside this bread are trinkets that predict your future. If you bite into a thimble, you will be single forever. The Irish would also carve turnips and beets before pumpkin carving became popular.

In Sweden, they celebrate “Alla Helgons Dag”, which lasts six days. During this time, Swedes set a positive intention to carry them from winter to spring.

Guatemalans burn representations of the devil to keep bad spirits away.

In England, it is believed that you are guaranteeing your own death if you look at your shadow in the moonlight on Halloween.

In Wales, it is believed that you will die within the next year if you hear a sigh carried by the wind on Halloween.

Wherever you are, if you are celebrating Halloween, we wish you a spook-tacular evening.