Lately, many companies are choosing to include multilingual animation videos not only in their marketing campaigns but also in tutorials and trainings for their employees. This is for several reasons:

The increased use of animated content is evident. You can check the new statics on video marketing for 2020 published by Smart Insights.

So, let’s say you’ve already decided to create your own animated campaign. Where do you start?

In previous decades, Adobe Flash was the most popular tool for creating and viewing animated content. Nevertheless, new technologies, such as HTML5, reduced the use of Flash more and more over time.

Currently, we have multiple animation creation tools, but today we’ll look at two of the most popular tools, both of which happen to belong to Adobe. We’ll focus on these tools for two reasons:

Each program has a different purpose. We’ll take a look at their objectives as they provide very different features and constitute different approaches to making animation. At the end of this post, you’ll better understand what each one is for and what its function is, among other things.

Adobe Animate is the evolution of Adobe Flash. It can be used for web development as well as animation. Back when it was still called Macromedia Flash, it became famous on the internet in the era of flash animations. A boom emerged on video platforms such as YouTube or Newgrounds. 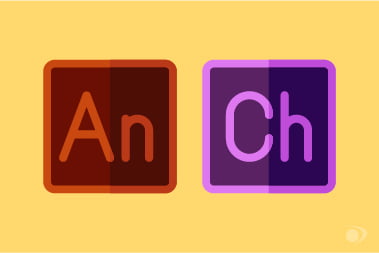 The program was previously designed for animation and Adobe Flash Player content. However, since Adobe replaced its name with “Animate”, the program focuses on working on HTML5 and especially animation.

Adobe Animate works primarily with traditional animation, that is, frame-by-frame. It allows you to divide each frame into layers and draw on a primary vector basis. Despite this, the program has some methods to facilitate the creation of animations, such as motion interpolations. This method consists of producing a sequence of independent frames taken from one point to another, and that when reproduced, gives the feeling of movement without the need for drawing each frame.

The company has been improving the program since 2015 to transform it into a professional animation tool, competing with programs such as Toon Boom Animation.

Adobe Animate has been used to create both TV animation and animations for YouTube.

Have you seen that episode of Black Mirror named “The Waldo Moment”? The episode tells the story of an unhappy comedian who plays a blue animated bear called Waldo in a satirical television show.

The funny thing is that Black Mirror is categorized as a science fiction anthology television series. Yet the technology that makes a puppet’s character speaks and moves with your behind-scenes movements and words is something you can achieve using Character Animator. You can use input from a camera and microphone to do a performance capture and automatically animate characters, right there, in real-time. 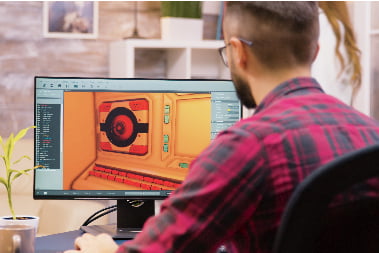 This feature is suitable for dialog scenes and not for action or physicals. So, it’s great for trainings and courses where the speech is the main actor.

A secondary and fantastic use-case for Character Animator is the ability to do live interaction with a 2D-animated character or even with real people.

Since the character’s performance is driven by an actor in real-time, the output from Character Animator can be incorporated into a live broadcast. Just imagine the impression you can make during a live chat led by an animated presenter that can reply to questions in real-time. The possibilities are endless.

Make a Choice Based on Your Objectives

Both Animate CC and Character Animator are truly versatile, complex in their development and features, and can achieve goals in a very effective way, provided, of course, those goals are outlined in advance. Your program choice should be based on your objectives and not which program is best.

Whatever your choice, enjoy animating!