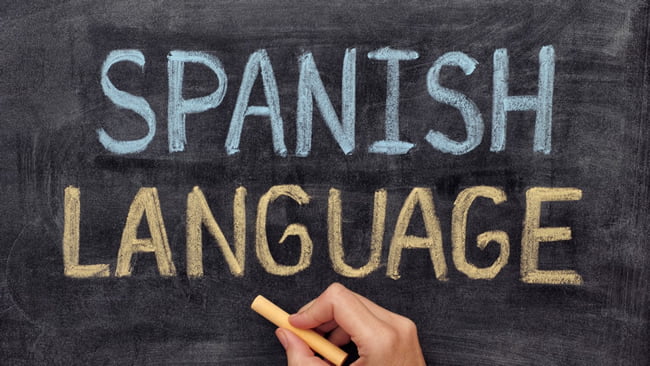 With over 530 million speakers, Spanish is the world’s fourth most spoken language and is the official language of 20 nations throughout the world. The need for Spanish translations has risen dramatically in recent years, as has the number of people offering translation services into this language.

If you’re a translation student or you’re just starting your career as a Spanish translator, this blog is for you.

In this blog, I’ll provide some tips for organizing your time, duties, and accomplishing great outcomes in your jobs, with a focus on quality and accuracy of your translations in order to stand out in the localization market.

Before Starting the Translation Process

Your job as a translator starts even before writing your first sentence in the target language.
From the minute you receive your assignment, there are a few things to keep in mind.

Perform a thorough research on the client’s history and background. Check reference materials, prior translations, and familiarize yourself with the vocabulary they commonly use.

Learn as much as you can about the CAT tool you’ll be expected to use. There are many online courses that will teach you how to get the most out of each CAT tool; this will save you a lot of time and effort.

As mentioned above, there are more than 20 countries that have Spanish as their official language. Each has its own quirks, so make sure you know the Spanish locale you’re translating into. This will give accuracy to your translation. Another tip, if you do not know the dialect of the target region or the subject, do not accept the job. Your reputation is everything and you want to be known as a subject-matter expert.

Once you know the target locale, you’ll need to determine your target audience.

Do you have to use a formal or informal tone? Should the informal “vos” be used if it’s directed to Latin American countries like Argentina or Uruguay? When clients don’t indicate this, it’s up to you to use your best judgment and determine the level of proximity you want your document to have with the addressee.

After all this exhaustive research, it’s time to get down to the business of translating. For this step, I’ll list some things to consider so that you produce a high-quality target product.

The first thing you want to check when you open your project in the assigned CAT Tool is that you’re using the most recent TM available and, if applicable, the latest Glossary/TermBase as well. This will ensure consistency within your project as well as for any future projects for the same client. You probably have heard this a thousand times, but it is important that when you start your translation you must translate the meaning, not just the words. Try to capture the essence of the source text and reproduce it in Spanish in the most natural and faithful way possible. To achieve a fluent translation, you should avoid appealing to the literal word-for-word translation. Additionally, you should have a reliable reviewer or/and proofreader check your translation. Once they are done reviewing your work, review their changes and make sure you are in agreement with them. Remember, it is your name that will be associated with the translation – not your proofreaders’.

If you’re translating from English into Spanish, there are some things that you should bear in mind to make sure you make the right decision when translating:

Differences between English and Spanish

We all know that in English, in short structures of modifications such as adj+noun phrases, adjectives usually occur in the attributive position, i.e they pre-modify a noun, appearing between the noun head and the determiner: “The huge company.” Although this position is possible in Spanish, it is less common. It is worth noting that in Spanish there is a change of meaning according to the position of the adjective in relation to the noun it modifies, so translators must be aware of this to avoid mistranslating the source text. “elhombre pobre” ? “El pobre hombre”.

Spanish is a gendered language. This means that when you talk about an individual, you must assign a gender. For example, “I went to see my doctor” is gender-neutral in English, but in Spanish, it’s necessary to specify if you’re talking about a male or female doctor (doctor or doctora).

Sometimes the English text doesn’t explicitly specify this gender, this is when translators have to fill this gap and either make a choice between male or female, or find a workaround to avoid specifying the gender. i.e. paraphrase the text.

Historically, when the gender of a person is not explicitly stated, the masculine form has been assumed. However, as society’s ideals change, these gendered expressions are becoming less acceptable nowadays.

What does this imply for you as a translator? That unless your target audience is uniquely male or female, the safest choice is to use language that is gender-neutral.

False friends are terms that sound extremely similar in both languages but have very different meanings. For example, the word “billion”, if used in the US, should be translated into “mil millones”, and not to “billón” since this is the equivalent of “trillion” in English.

When it comes to professional translation assignments, even a seemingly trivial error caused by a false friend can have serious consequences.

So, knowing a foreign language isn’t enough for translators. We must understand not just the grammatical nuances of a language, but also the common false friends that might trip us up.

We’ve seen that there’s a whole process behind the translation itself. It’ll take you some time to get used to this, but I can guarantee that if all these tips are considered, you’ll achieve excellent results.

If you think you’re ready to face this challenge and want to be part of our linguistic teams, feel free to register under this link, we’d be happy to work with professional and dedicated translators.