The term “blockchain” is being spoken about a lot these days, thanks to the growth of Bitcoin as a digital currency. 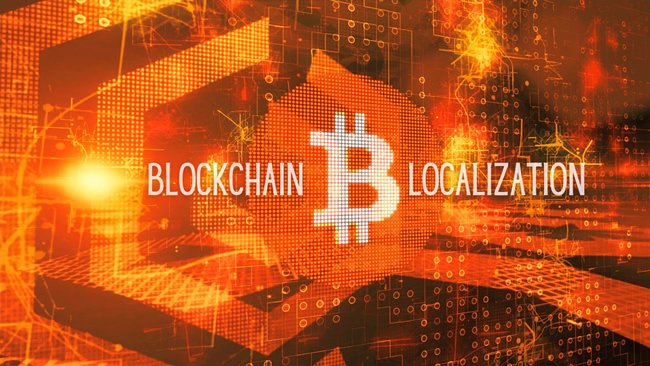 What is blockchain and how does it relate to localization?

A blockchain is a database made up of a series of items known as blocks. Each attempt to modify one of the records in a blockchain has the effect of changing the entire chain. The data structure keeps track of the blocks in the sequence in which they were deposited. As a result, blockchain is ideal for storing financial things that must be audited, such as Bitcoin transactions.

Bitcoin was the first generally acknowledged use of financial document blockchains. Because each crypto user has their own language and needs, localization and translation of crypto coins are critical.

How blockchain technology can be used in L10n?

Blockchain is completely transparent and peer-to-peer, which could mean a sea change in the way language services are paid for. The blockchain would make it possible for a professional to charge a certain price for their work, instead of charging by words.

Let’s suppose that we want to translate a project into several languages. We are not always certain whether the chosen translators have done a good job in the past. We may not even know who the translators are.

There are many actors involved in the middle and perhaps even the translation team is located in a different country than the language pair. One of the advantages of blockchain is to have the truth machine, that is, the ability to have traceability to know who did what.

It would be possible to have a ranking of translation professionals, who, based on their previous work, can rank differently so that buyers can decide whether to contract their services or not. It could even change the way of paying for these services, perhaps allowing you to pay by the hour because, like any other professional expert in the field, it is worth it and it is easy to prove. Another advantage would be the possibility of paying for millions of transactions very easily, free of charge, and all over the world with so-called smart contracts.

What are smart contracts?

Smart contracts are computer programs that are activated when certain circumstances are fulfilled. Smart contracts on the blockchain are intended to improve efficiency and transparency, particularly in situations where anonymous parties trade with each other without the use of a middleman.

The earliest example of a smart contract can be found in vending machines.

Blockchain could make possible the idea of creating a collaborative MT engine, where everyone owns a part of it and therefore everyone can contribute equally. Whatever translation work you’re doing, each time you update the engine, you get paid for it in tokens.

Tokens vs. Coins: What’s the difference between the two?

Without a doubt, blockchain technology will revolutionize the language services industry in the years to come.

Transactions and blockchain localization quality could both benefit. All elements, from translation technology to payment processing as well as price negotiation, may be covered in one place, in a transparent manner, while also people get rewarded for it.