To learn more about which languages are spoken in which countries,

Hebrew is spoken by more than five million people worldwide, the vast majority of whom live in Israel, where it is a co-official language with Arabic. Hebrew speakers can also be found in Australia, Canada, Germany, the Palestinian West Bank and Gaza, the United Kingdom and the United States.

Hebrew is a Semitic language that has close similarities to the now extinct Phoenician and Moabite tongues.

Hebrew began to disappear in its spoken form after the Babylonians destroyed Jerusalem in 586 BC and was eventually replaced by Aramaic. However, written Hebrew lived on as a liturgical and literary language. In the late 19th and early 20th Centuries, Hebrew was revived as a spoken language for Jews living in Israel, creating a common tongue for a population that previously spoke many different languages. During its revival, Hebrew was greatly influenced by other languages such as Russian, Arabic, English and Yiddish. 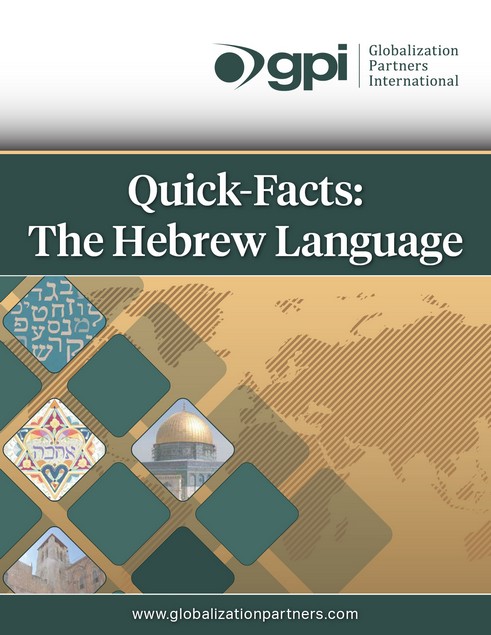