The Japanese language ranks ninth among the world’s major languages with approximately 125 million speakers. It is almost exclusively spoken in Japan, however, there are around 1.5 million Japanese immigrants living mostly in North and South America who also speak the language.

Japanese writing can be described as a mixture of two very different systems:

The logographic system in Japanese writing uses kanji, which are pictorial characters. Kanji are used to convey the bulk of meaning within a sentence. There are thousands of kanji characters than can be used in Japanese writing, but the typical Japanese reader or writer only needs to know the 1,945 listed in the “list of characters for daily use”. 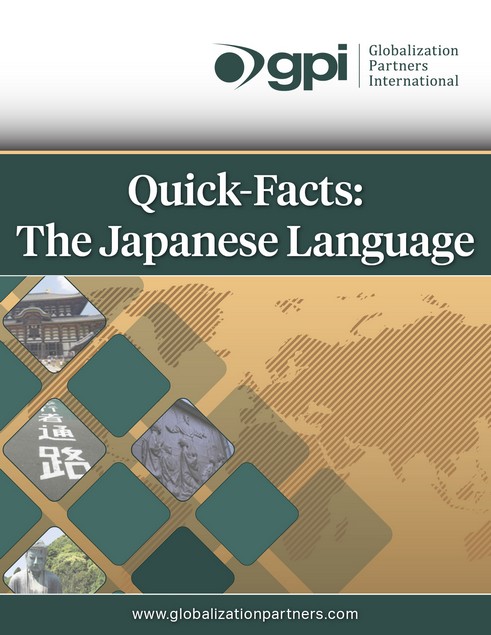