Malay, also known as Bahasa Malaysia, is spoken by around 18 million people worldwide. Roughly 10 million speakers of Malay live in Malaysia, where it is the official language. Other large populations of Malay speakers can be found in Brunei, Indonesia, Myanmar, Singapore, Thailand and the United States.

Malay is an Austronesian language, belonging to the Western, or Indonesian, branch of the language family. Standard Malay, which became the official language of Malaysia in 1968, is based on the dialect found in the southern Malay Peninsula.

Malay has been greatly expanded through its borrowing from languages such as Arabic, Sanskrit, Portuguese, Dutch, Chinese dialects and English. 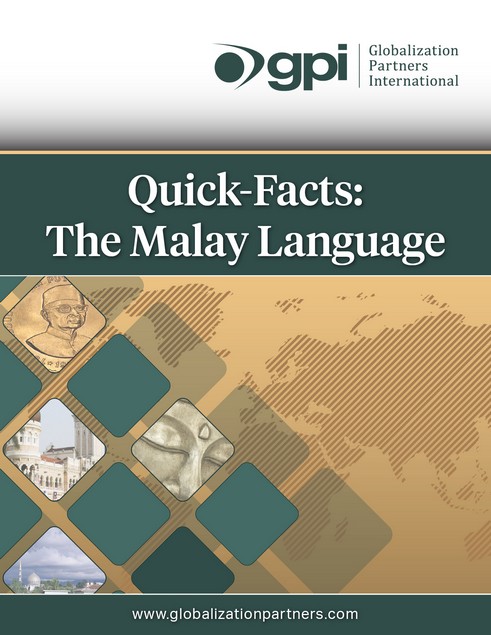