Russia is a cornerstone of BRIC, the acronym for Brazil, Russia, India and China. BRIC represents the four largest and fastest growing economies in the developing world. Russia is one of the largest economies in Europe which has an increasing demand for consumer products, propelled by the growing Russian middle class. Doing business in Russia via Russian websites requires careful consideration of economic, cultural and linguistic factors.

Russia’s main economic partner is the European Economic Union (EU), which accounts for more than half of Russia’s external trade. Private consumption accounts for over half of Russian GDP and has been the primary driver for growth in the Russian economy in recent years. 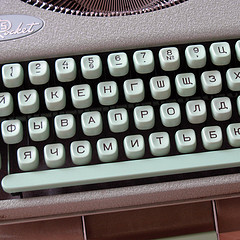 There are approximately 227 million Russian language speakers worldwide. Russian is the most widely spoken Slavic language, and it belongs to the Indo-European family of languages. Russian is one of three living members of the East Slavic languages, which also includes Belarusian and Ukrainian.

The Russian language uses 33 letters and a modified version of the Cyrillic alphabet. Russian letters are divided into 11 vowels, 20 consonants and 2 letters that do not designate any sound.

Russian uses both print and cursive Cyrillic scripts. Russian is usually spelled and pronounced phonetically, but there are several unique rules to the Russian writing system and pronunciation.

An ancient culture like Russia has a long list of symbols and icons that carry special cultural meaning. It is very important to be aware of Russian cultural perception in order to avoid serious cultural blunders or inadvertent use of offensive symbols. 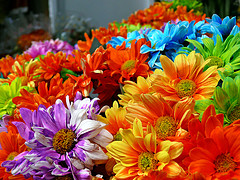 The key to successfully promoting Russian websites is to appropriately localize website content and carefully select Russian keywords. You should also register local Russian domains and then promote them through local Russian search engines (Yandex), affiliate marketing, as well as online and offline branding and positions appropriate to the Russian language.

A Russian SEM campaign should be multi-dimensional for both short-term and long-term success. Using Russian PPC (Pay-Per-Click) campaigns on targeted Russian websites and Russian search engines is one way to produce immediate results and also to become familiar to consumers that are targeted in various Russian-speaking locales.

Your long term Russian SEM plan should also include the use of targeted Russian keywords and possibly some keywords in other languages from the selected consumer locale. Since Russians prefer to sense personal relationships with companies they do business with, it is important to capture this feeling through carefully crafted advertisements. One way to accomplish this is by procuring specific Russian domain names.

The top level domain in Russia is .ru. In addition, other domains that are popular in Russia are .com, .org, .net, .info and .biz and variations of these with .ru either before or after them. Russia also has responsibility for the legacy domain “.su”, representing the former Soviet Union, which is being phased out (CIA World Factbook, 2007). There are currently approximately 4,822,000 websites being hosted in Russia (CIA World Factbook, 2008). Cyrillic domain names have been allowed and registered in Russia since 2001. Therefore, it is a good idea to have a Cyrillic domain name for easier local recognition and further website cultural customization.

Getting Maximum Results from Russian SEO and Russian SEM

When globalizing and localizing your Russian website it is important to research cultural and linguistic issues for the specific Russian locale which you are targeting. Your localization agency should have extensive experience in this market and should be able to provide you with appropriate Russian keywords for Russian SEO (search engine optimization) and Russian SEM (search engine marketing) based on glossaries created from previous translation projects. Make sure that your localization partner has sufficient experience localizing Russian keyword lists and optimizing Russian SEO.