Although most of our blogs have focused on the importance of appropriate text content for language translation services projects, there are rare occasions where words are of no use. We are not referring to cases where you may find a “picture menu” in a foreign land. How do you communicate when you find yourself the only person in a group of travelers who speaks your language? What tools do you have to make yourself understood, if even the local alphabet, is all “Greek” to you?

I found myself in just such a situation many moons ago, before I entered the translation and localization industry. I was surprised at how “fluent” communications without words can become over a 3-day period on a train. Memories of this experience have helped me to appreciate how our basic human desire to communicate effectively comes into play in the language translation process. As this blog reveals, it is astonishing how much information we can convey with no words or vocabulary.

Obviously, text and words are the most dominant elements of most content in language translation services projects. The bulk of GPI’s blogs deal with the many issues that can cause unexpected surprises in translating text. In some cases, even copywriting is appropriate in order to create a slightly different message to suit the needs of a new locale.

Graphics and images are equally important. Many of GPI’s blogs have touched on how there are times when it may be appropriate to substitute images or even colors in website translation to effectively reach a new global audience. But, symbols and gestures can create an “ad hoc” language on the spot when necessary. 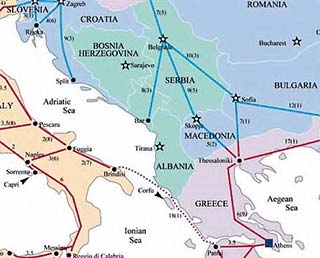 In the 1980s I had a “dream” vacation which started with a trans-Atlantic cruise and culminated with a tour of Athens. I had several friends in London and thought that it would be an adventure to take a train trip from Athens through Eastern Europe, then Germany. The tracks would end in Belgium, where I could take a ferry to England and see the White Cliffs of Dover as my first glimpse of the UK.

My travel agent didn’t do her research, and booked my passage on a Greek/Yugoslav train that was described as something akin to the “Orient Express.” I was to have a private “suite” and access to the “Dining Car.” Before boarding in Athens, I started to get a bit nervous when I noticed I was the only passenger boarding without 3-day supply of food and other provisions.

The “suite” was a closet-sized chamber with a narrow bunk bed, and the “dining car” was non-existent. I had one candy bar to last for 3 days. Within the first hour I discovered that neither passengers nor crew spoke or understood a word of English, nor any Latin-based language. (I was semi-fluent in the Spanish language and could limp through Italian.) Although several passengers or crew were fluent in the Greek language, or in the Slovenian language and other tongues of the Balkans, we had no words or phrases in common.

Suddenly, I knew how the ancient Phoenicians may have felt when landing on unexplored Mediterranean shores, where the root of the local language was impossibly distant from their own.

We can all use our basic instinct to communicate

A few of the Greek soldiers on board took pity on me, and shared some of their bread and cheese for the first night. One young man drew a crude map of the USA, a star where Chicago should be and a stick-figure of a woman dressed as a bride. I eventually figured out that it was his sister. The floodgates of communication opened up at that point, because we were both communicating about something that mattered: family. Within hours, with no language in common, we had become “friends.”

I had a tradeshow give-away ballpoint pen, which I gave to him; it might have been the crown jewels. When we came to train stations, the young Greek took pains to tick off the minutes on his wrist watch to show me how many minutes we had (usually 15.) I did have some Greek money, so I was able to buy food (mostly fruit and local produce) at colorful stops along the way, including Sofia and Belgrade. Much of the rural landscape dotted with peasant villages along the way seemed unchanged since the 1840s. It was literally a trip back in time.

This was no tourist train, and it was clear that many of the locals in train stations along the way had never met an American before. Although I didn’t understand a word that they said, it was clear that the people at each train station wanted me to have a favorable impression of their land. Hand gestures made it clear that there were many offers of “free” food or drink. I insisted on paying. When there was time, I always drew a map of California with a star for San Francisco and a cartoon of the Golden Gate Bridge. Each native would exclaim in a heavy accent, “Awwww, Sohn Frahn-seee-sko!”

How much can be learned without words

I could have left it at that, just making a few cartoons for food and the essentials and then have shut myself up in my monk’s cell on wheels. But I craved companionship as much as anyone. Soon there was a cadre of Greek soldiers and some Serbians joining me for 3 days in a daily circle to try to communicate about just “anything.” It was amazing how much we understood from one another, without words.

Before long, I felt like I had a family, even though I was isolated and alone on a language level.

When I changed trains in Munich, my Greek soldier followed me to the other platform. He touched his heart, he touched my heart and then he pointed to the sky. “Go with God.” It couldn’t be clearer. In fact, words might have diminished that moment. He knew my name was Max. I knew his name was “Leftos.” Everything else we knew about one another had no words. After 3 days, without a word in common, we “knew” each other. I don’t know if I had ever felt closer to a friend before that moment. 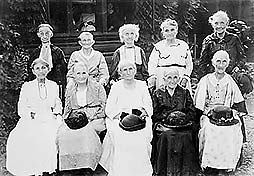 A few years later, shortly after the fall of the Berlin Wall, I had a 5 ½ hour non-stop flight from New York to San Francisco. An ancient Russian grandmother boarded, with her food/provisions in a basket. She didn’t speak a word of anything other than Russian, looked terrified, and I flashed back to my experience on that Greek train.

The crew had made an announcement asking if anyone on board spoke Russian, because the poor lady was refusing food service; she thought she had to pay for it. I was prepared to change seats with her seat mate, and use my “wordless” skills acquired on a Greek train, when an unexpected event solved the problem. The lady next to the confused Russian passenger dropped her wallet. When the Russian grandmother picked up the wallet, an accordion string of photos unfurled, revealing various shots of all of the other lady’s grandchildren.

A broad smile beamed across the Russian lady’s face, and she soon went into a series of spontaneous gestures, and a few hand drawn “cartoons” to figure out whether her seat mate had sons or daughters, and where they lived. The seat mate cleverly drew a picture of a Christmas present, with a plate of airline food coming out of it (e.g. “the food is free, a gift”) and the lady from Russia “got it.” Communications continued through her worry-free meal.

A highly animated, yet “wordless”, conversation continued across the rest of the continent.

They were fast friends by the time we landed, neither speaking a word of the other’s language. In baggage claim, I saw the Russian grandmother reunited with her family. She held the hand of her seat mate and proudly introduced her new “best friend” to her family.

We are always translating, whether we know it or not

What is the point of all this? Not a trip down memory lane. In two instances, I saw evidence that, stripped of any common words, alphabets or vocabulary, we can successfully communicate to a high degree. This is not a substitute for language translation in the business world! But these experiences are a potent reminder that we all have the ability to define the intent of our message, “from the heart”, and find the best way to communicate it.

The stick figures on airline napkins or crudely drawn maps described in this blog are the rough equivalents to an appropriate image selected for website translation, which will convey your message effectively to a new locale or audience.

When you are creating content intended to reach a new locale or new global audience, go beyond merely translating what has been written for someone else. Sometimes copywriting new material can be appropriate. (See “Top 7 Tips for Effective Chinese copywriting” and “Consider Your Target Audience When Writing Content for Language Translation.”)

Turn within to where you can find your best communication skills. Within your heart. Find the message that will “connect” with your new, non-English speaking audience first. Then put your fingers on the keyboard. Your content will practically write itself!

There are many languages in which you may find yourself “at a loss for words.” Chinese is just one such language. Chinese is a rich language, layered with many meanings. The use of idioms or Chinese proverbs can enhance your message for the Chinese marketplace. Sentence and paragraph structure in well-formed Chinese may be starkly different than your source language materials. All of these issues must be carefully considered by your translation services agency or localization partner. Highly qualified Chinese linguists with an up-to-date grasp of current connotations associated with popular Chinese words are essential to successful Chinese copywriting and Chinese translation and localization.