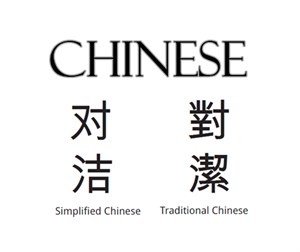 When it comes to “forms”, we think in terms of writing systems, and the Chinese language has two primary writing systems, Simplified and Traditional. When it comes to spoken “dialects”, there are many. They are basically classified into one of the seven groups including Putonghua (Mandarin), Min, Gan, Kejia (Hakka), Wu, Yue (Cantonese) and Xiang with each group having a number of dialects.

There are over 1 billion people speaking Mandarin Chinese as their native language. If we include other Chinese dialects, the number goes up to 1.3 billion, which makes Chinese the most spoken language in the world. Even though there are many different dialects in the Chinese language, the writing system in Chinese has remained pretty consistent and stable, which is a great advantage for translation into Chinese.

Even though China is enormous in geographical area with various spoken languages, the writing system has been unified for a very long period of time. The changes in the Chinese writing system is the contribution of the first Emperor of China, Qin Shi Huang (秦始皇).  China had been ruled by different tribes and kingdoms from 3000 BC until Qin Shi Huang unified the independent kingdoms in 230 BC. The majority of the Great Wall of China was constructed during his dominion.  In order to govern this vast kingdom, Qin Shi Huang adopted many innovative policies to organize this country. One of them was to unify the Chinese writing system.  He abolished other writing systems circulated in those independent kingdoms and made Xiao zhuan (Less Seal) as the national writing system, which was the predecessor for the streamlined modern Chinese calligraphy. 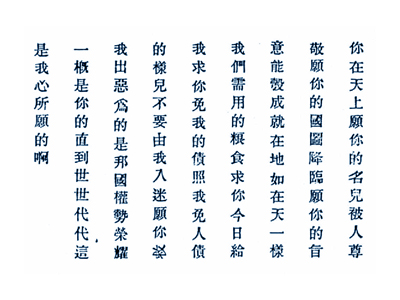 This policy built a solid foundation for the Chinese writing system; all the Chinese languages were brought into one standard written language.  Thus people who speak Mandarin and Cantonese can read and understand the same Chinese character while pronouncing it differently. This writing system is the Traditional Chinese, which has been used officially for thousands of years in Chinese speaking regions until the 1950s.

Today, Hong Kong, Macau and Taiwan are still using the Traditional Chinese as these regions were dominated by different governments during the reform in Mainland China.