Over the last 30 years, the average GDP growth rate in China has been 10%. Currently China is the largest exporter and second largest importer of goods in the world. Its purchasing power parity is only after the United States. One of the key contributors to this growth has been the Internet. Although only 43% of the population is online, this percentage represents 519 million people. That is almost twice as many Internet users as the US has people! 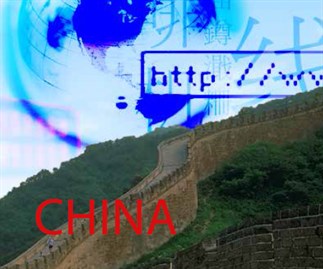 If you wish to be a business success in China, there are many factors to consider. This blog post will provide highlights of our recent infographic and whitepaper on understanding the nature of the Chinese market, including the impact of Chinese cultural values, to help you achieve the best results as you enter and do business in China.

Facts about the Chinese Market

China, officially the People’s Republic of China (PRC), is the world’s most populous country with its seat of government in the capital city of Beijing.

Chinese is a traditional society full of symbols, rituals, values and contextual elements. Thousands of years of history truly enrich Chinese culture and customs. Below are some of the insights into Chinese consumer values:

If you are considering any digital marketing (SEO) campaigns, it is important to understand search engine optimization in China and the top search engines to focus on while targeting the Chinese consumer. The most popular search engines in China are local companies and Google which has only a small share of the market.

Since social media is influencing all online communication, it is no longer enough just to translate your content. In today’s dynamic, social networking-charged environment, you need to adapt your communication strategy to match your target audience in China and to ensure that your message and intent are localized and successfully communicated.

Key Insights from the Digital Landscape in China

The following infographic provides several useful facts and insights about China. The infographic contains a handy graphical sampling of what’s inside the report.

If you are planning to do business in China, it is important to understand the needs of your target customers. You will always need to understand the consumer behavior, the language and the key market insights. 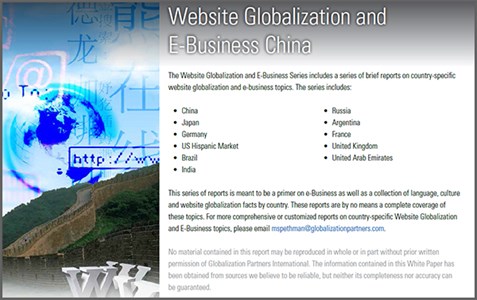 Our China research report is 14+ pages of useful information and statistics about the country, local consumers and market. The newly updated report for 2014 is available in PDF format and is free to download at Website Globalization and E-Business Series.

Looking to Sell Your Goods or Services in China?

If you are looking to expand into China and have a website localization project in the works, this report is for you. First published in 2008 and newly updated for 2010, 2012, and 2014, the report contains tips and information on e-business, website translation and web consumers in China. The report also has a nice link library with useful sites and resources for those wanting to do business in China.