The Gulf region is a strategic location and market in the Middle East for many global companies. It is a vibrant region for business, investment, finance and tourism. Top international companies across various industries often choose the Gulf as their Middle East headquarter and the area attracts millions of foreign expats and tourists. Although Arabic is the official and dominant language used in this region, English and other languages are also widely used.

With a Middle East headquarter in the UAE, GPI’s Dubai office often receives requests from clients and companies for translation into many other languages. The most requested languages are Arabic, Chinese, Russian, Hindi and other Indian languages. 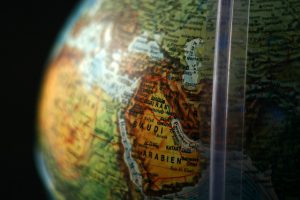 GPI has vast experience working with the above languages for clients in the Gulf Region. Our professional project managers, desktop specialists, native speaking translators and copywriters have extensive knowledge of the languages and various language technology tools to facilitate website localization, audio/video localization and documentation translation to help clients communicate and conduct business in the region.