Microsoft Word has been the most popular word processing software since the 1980’s. People share files every day without paying much attention to the fonts used. Font details may be irrelevant for small and simple files, but large documents with complex layout designs or text in a language that requires special characters may demand additional attention.

Some of the font issues you may encounter when opening a DOC file could include:

If you detect any of these problems, it means that your document contains a font that is not installed on your computer. MS Word substituted it with an available font that doesn’t include the same symbols and characters as the original one. Sometimes the substituted fonts are completely different from the ones Word selected as an alternative.

To check that the file you are viewing has all the appropriate fonts, do the following: 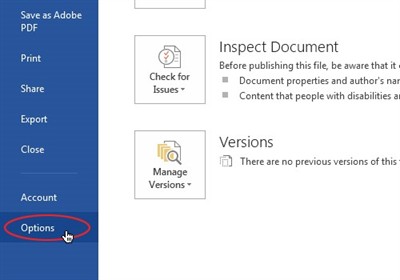 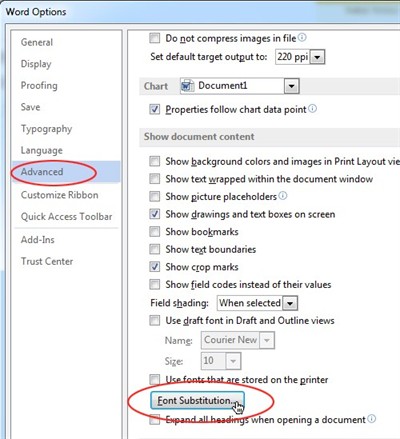 2. In the Font Substitution dialog box, select a missing font from the list of fonts. 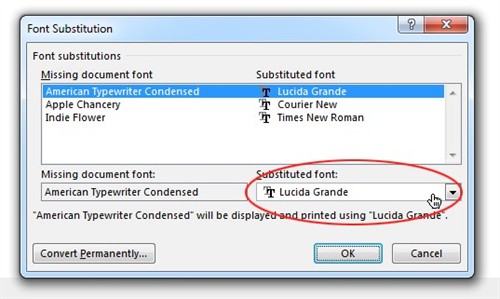 4. To use the suggested choice of substitute fonts for this session only, click temporarily substitute this font for display.

5. To replace the missing fonts with the suggested choice of substitute fonts permanently, click permanently substitute this font in the publication.

Note: Fonts that are listed as temporary are not saved with the publication. The permanent change cannot be undone after you click OK, but you can use the original font if you install it later.

When you are working with documents that require translation into several languages, font substitution can be very common. Consider selecting fonts that show the content properly and also are common across most people’s computers.

The most common basic fonts are Arial, Times New Roman, Tahoma and Verdana and SimHei or SimSum for Asian languages.  My recommendation is to use the standard fonts to avoid time consuming problems.