In part one of my cultural awareness training blog series, I covered the history and culture of Islam, the Arab world and the Middle East to prepare expats to live and work in the UAE.  For part two of this blog series, I will focus on how you can establish your business in the UAE, business etiquette, cultural sensitivity and the Arab language.

Establishing your Business in the UAE

Expanding your global business to the United Arab Emirates has several advantages and provides many opportunities.

The UAE is known to be among the countries with the highest economic growth rate in the world. There is no corporation tax, no withholding tax and no value added tax (VAT). If you wish to settle in the country, you can get a residence visa not only for yourself, but also for your family.

There are four ways to establish your business in the United Arab Emirates:

If you opt for the representative office, you do not have to locally incorporate your company, but you must appoint a service agent.

This system involves the same provisions as the representative office. However, the service agent can be directly involved in the commercial activities of the company, in administration and can have revenues.

Creating a subsidiary outside the free zone.

This system requires seeking a partnership with UAE nationals who must hold at least 51% of the shares of the company created. These partners will be recognized as your sponsors.

The establishment in a free zone.

Each Emirate has its own legislation in terms of the free zone. Note that Abu Dhabi has no free zone. Your company will benefit from an exemption of customs duty and tax exemptions under the terms of the Emirate where you have chosen to set up a business.

Status is important and must be acknowledged by using the correct title when addressing someone. It is very important to greet the most senior person in the room first.

When doing business in the UAE, handshakes are always used and can last a long time. It is also recommended that one waits for the other to withdraw their hand first before doing so.

When a man is introduced to a woman, it is advisable to wait and see if a hand is extended. Muslim women are unlikely to shake a man’s hand. A Western woman introduced to a Muslim man might also wait to see if he offers his hand.

Always use the right hand. Among Muslims, the left hand is reserved for bodily hygiene and considered unclean. The right hand should be used for eating, shaking hands or handing over an item. 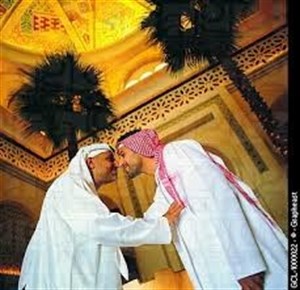 Globalization and an increased level of tourism are largely responsible for making people more aware of different cultures.

Emiratis in general are warm, welcoming, and very tolerant of foreign visitors and residents. In return, it is greatly appreciated if you take the time to learn about local customs and cultures.

It is best to ask permission of local women before taking their photograph and most likely you will be told no.

Visitors should also be aware that some Muslim women and men will avoid shaking hands with members of the opposite sex as per Islamic tradition. This should not be taken as an offense and it is best to wait and see if the other person extends their hand in greeting first.

Local men will typically greet other local men by touching noses or kissing cheeks. But, public displays of affection between members of the opposite sex are highly frowned upon.

When sitting, take care to avoid pointing the soles of your feet in anyone’s direction as this is considered rude in Arab Muslim culture.

Below is a list of some of the key characteristics of the Arabic language. 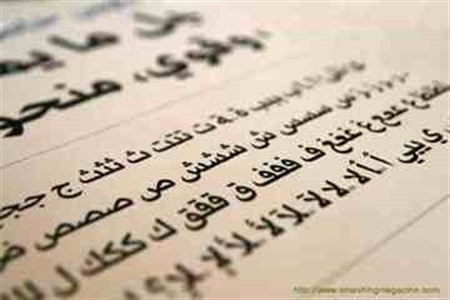 Translators must be aware of complexities involved with working with Arabic translation. Your translator’s dialect or tribal affiliation might not be well received as it is different from one country to another.

For meetings, check in advance if having a female translator is allowed and conduct the translation in Modern Standard Arabic.

The United Arab Emirates is a cosmopolitan of nationalities and cultures.  Emiratis are a warm, welcoming people, but as an expat, you should also be respectful of local laws and traditions.

The UAE presents exciting opportunities for companies and business professionals and is a great location to consider for global expansion and career advancement.  But, always remember to be sensitive to business and cultural practices when living and practicing business in any country.

Summary for Successful On-line Business in the UAE

Due to language and cultural complexities, there are many critical considerations to review before localizing your Arabic website or content for UAE consumers. GPI has produced a more comprehensive white paper on Arabic Website Translation and  E-Business for UAE that covers these issues in depth.