Iran, known as Persia until 1935, is located in West Asia and borders the Caspian Sea, Persian Gulf and Gulf of Oman. Iran has a complex history deeply intertwined with the surrounding regions.

Iran’s earliest recorded history dates back to 550-330 BC when the Achaemenid dynasty ruled the first Persian Empire. The timeline of Iran’s history is fascinating to read through. Ancient events like the arrival of Islam in 636 AD and emergence of Farsi in the 9th century to modern day history like the Shah’s installation in the 1930’s and exile in the 1970’s and the corresponding American hostage crisis to the last few decades of U.S. and UN-imposed sanctions, a nuclear crisis and eventual nuclear deal, make this country’s history extremely complicated.

This blog will cover the Farsi language and tips for Farsi translation and localization. 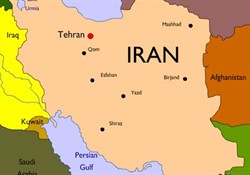 As stated above, the emergence of modern day Persian, known as Farsi, dates back to the 9th century. Farsi belongs to the Indo-Iranian branch of the Indo-European family of languages. Iranian languages are known from three periods of time: Old, Middle and New (Modern), corresponding to the three eras of Iranian history. Farsi, or New Persian, is a direct descendent of Middle and Old Persia. The language has changed little in the last thousand years except for the addition of modern words and loan words from other languages.

If you are considering marketing your products and services to the Iranian market, below are some brief, but important tips marketers should keep in mind.

Iran is a country with a rich history. The history of Farsi is no exception. Persian has been an important cultural language in regions of Western Asia, Central Asia and South Asia and Farsi carries on that tradition today.