The American presidential elections always generate a huge amount of news and data, all of which need to be translated not only to the country’s own diverse population, but also to the global media. This means translating and interpreting services are required by the candidates themselves but also news agencies, government officials and television networks who have to accurately translate what the candidates say during debates and speeches. 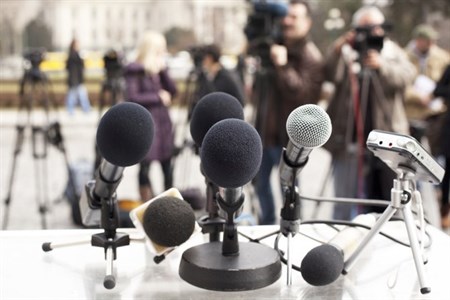 It’s not only the spoken word that needs translation during the political season, but brochures, event invitations, press releases, official documents and digital content need to be translated to reach the politician’s constituencies and the wider world.

Candidates increasingly make use of interpreters during live events to assist them in getting their message across to minorities.

The United States government has to ensure everyone can participate in the election process, which means, as stipulated in the Minority Language Provision of the Voting Rights Act,  all voting materials must be translated into languages in counties where “there are more than 10,000 or over 5 percent of the total voting age citizens in a single political subdivision (usually a county, but a township or municipality in some states) who are members of a single minority language group, have depressed literacy rates, and do not speak English very well.

Orange Country in California, for instance, has a high proportion of Hispanic and Asian populations so all election material is translated into Spanish, Chinese, Korean and Vietnamese.

Where languages are historically unwritten, such as some Native American languages, translations have to be provided orally.

According to the Voting Rights Act, voting materials constitute:

“All information that is provided in English also must be provided in the minority language as well. This covers not only the ballot, but all election information – voter registration, candidate qualifying, polling place notices, sample ballots, instructional forms, voter information pamphlets, and absentee and regular ballots- from details about voter registration through the actual casting of the ballot, and the questions that regularly come in the polling place.”

Being an interpreter during the political season is challenging. Tony Rosado of Rosado Professional Solutions, a veteran of translating and interpreting during political seasons, says it’s
crucial for interpreters to do their homework
before they sit down behind the microphone. For instance, he says, they have to know as much as possible about the candidates, their policies, ideologies and even private lives, as well as the American political system in general.

It’s also vital they have a broad knowledge of world affairs, especially those that are likely to be mentioned during debates and speeches. Along with this, the names of world leaders and the main partners, allies and adversaries of the United States.

There are also the stress factors of knowing that he/she is interpreting for an audience of maybe millions of people, and that the audience can still hear the original sound, although at a lower level, in the background as the interpreter speaks, allowing the audience to check on the accuracy of their output.

Rosado suggests interpreters learn the candidates’ ‘stump speech’. This is the standard campaign speech used by those running for public office. They should also acquaint themselves with the candidates’ speech patterns, accent and tempo so as not to be distracted by these during live speech interpretations. The Center for Immigration studies reports that more than one in five U.S. residents speak a language other than English at home, indicating that accurate interpretation of presidential candidate’s key messages in a variety of formats is a crucial part of informing the voting public and maintaining trust in the election process.