Magento currently controls 29% of the market share for ecommerce platforms. With the release of Magento 2.0, this percentage is expected to increase. Magento 2.0 is not just a new update, it is a new system on many levels.

Below are some of the new key features: 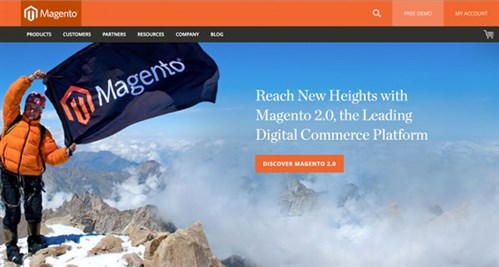 Full page caching is built into the platform which means faster website speed.  The product, category and CMS pages will be treated as static HTML pages, thus fulfilling the motive to reduce the number of disk reads.

Indexers became more efficient to speed up the query performance. Indexing is the way Magento transforms merchant data like prices, users, stores, etc. by creating index tables and keeping them updated to speed queries and enhance the performance of online stores.

The Magento 2.0 admin panel is designed with very effective features that could be helpful for non-technical store owners also. Some features which were available through third party extensions are now built in such as inline editing, editing attribute sets of products, importing custom options and importing bulk products.

There are two major changes in the Magento 2.0 file structure. First, all files have been placed under App folder. Second, each module folder now has its View folder where all template, CSS, js/less and image files reside. This is a great change for module developers as it facilitates customization efforts without changing core functionality.

The checkout process has been simplified into two steps along with shortening several important steps.
Integration with payment gateways like Braintree, Authorize.net, WorldPay and Cyber Source have been facilitated.

Upgrading to Magento 2.0 will be easier which will lower upgrade costs and efforts. To upgrade to Magento 2.0, the export/import functionality can be used to export a product catalog, customer and inventory data then import to the new platform. Magento 2.0 includes information on versioning policies. To install Magento 2.0, a new standalone installer can now be used in a faster way which will automatically check prerequisites prior to installation.

All necessary documentation can be found in official Magento docs, it also consists of tests which supports continuous integration and testing practices.

In Magento 2.0, the frontend is decoupled from the backend store logic, making changes easier and safer when updating cosmetic portions of any store.