The beautiful country of Jordan is located near the markets of Europe, Asia and Africa. Its location within the Middle East may be considered precarious, but it also provides close proximity to leading global markets and the leading financial markets of the Middle East.

While Jordan’s government is stable, the social and military actions of the countries surrounding it do impact their ability to break out of their consistently weak annual growth. 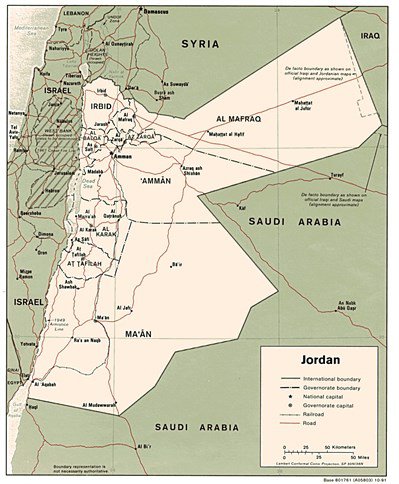 Jordan is the picture of stability in their population and Gross Domestic Product (GDP).

Jordan has accepted an influx of refugees from neighboring Syria, which has put some pressure on resources. The United Nations estimates the number of refugees accepted into Jordan at approximately 655,000, from the beginning of the current crisis.

Economic growth is very low, but consistent, over the past few years at just under 2% annually and is expected to only moderately grow to 3.3% in 2018. The GDP has risen consistently by about $2 billion USD a year over the past 5-6 years.

Going forward, it is expected that the business climate will improve. But with higher oil prices imposed domestically at the start of 2017, the country will see their economy likely remain at the same growth levels it has been achieving in recent years.

Key ongoing challenges for Jordan are reliance on importing oil, which is their main energy source, and limited water supplies.

Once the Syrian crisis is resolved, the country expects to see considerable growth in their tourism sector, which had been a prime source for economic growth in previous years before the crisis began.

Natural resources, such as phosphates and potash, and money from overseas sources, like remittances and foreign aid, account for much of their other sources of income.

The World Bank provides a simple overview of the time frame and process to start a business in Jordan: https://www.doingbusiness.org/data/exploreeconomies/jordan/starting-a-business/

Per their description, a business could be established within 11 to 14 business days and The World Bank classifies Jordan as an “upper middle income country.”

Jordan is a monarchy lead by King Abdullah. He is the fourth monarch to rule the country by family inheritance to eldest son since the monarchy was established in 1921.  He leads the executive branch and appoints a prime minister who, with a cabinet, leads most of the administration of the government in the country.

There is an upper and lower house of Parliament whose focus is addressing laws to govern the state. The King will authorize laws the house approves, but a two-thirds vote from both houses of Parliament can override any veto the King may issue. Parliament also approves the cabinet’s political plans proposed within a month of the cabinet’s formation.

Arabic is the official language in Jordan. Also widely spoken is English in business and in the larger towns and cities.

Given Jordan has a stable government and basic needs are met, it is perhaps in a situation that provides its citizens safe and comfortable living, but it is in a low holding pattern. When the Syrian crisis eventually ends, the country will see its prospects rise from its current meager growth levels. Tourism will return and be a key driver to a new prosperity for the country, as it has seen in the past. Until that time comes, more of the same of what they have seen over the past five years is expected for minimal growth, but a stable country.