One of the most evenly diversified economies in Europe is found in Finland. They have a mix of services, manufacturing, natural resources, electronics, technology and other industries. Despite this diversification, Finland’s economy has had a hard time recovering from the 2008 financial crisis. 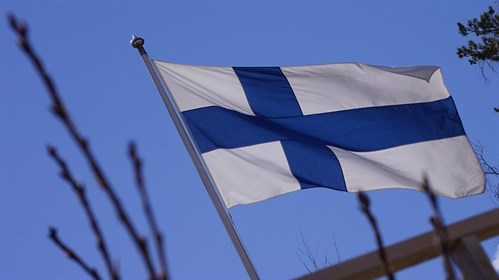 The primary language in Finland is Finnish. It is spoken as a first language by 95% of the population and as a second language by most of the remaining population. The second most popular language is Swedish. These are the two official languages of Finland. In business, English is often used as a bridge language for other markets.

The Finns will typically be straightforward with you and they expect the same in return. They expect your word to be honored, meetings to be on time and appreciate modesty.

Business tends to be more socially responsible than is often found in other leading countries in the world. The government does set laws and regulations for protecting the environment and social causes, but businesses often take it upon themselves to exceed what regulations they are legally asked to meet. A sustainable environment, fair rights for employees and ethical business practices for fair competition are highly valued.

The fall of Nokia and the 2008 financial crisis hit Finland hard. It has yet to recover from the 2008 crisis, but the economy is growing. It is expected to take two to three years before it passes its Gross Domestic Product (GDP) levels from 2008.

While Nokia is not a force for the economy any longer, Finland does still produce and export quite a bit of electronics and also heavy machinery. Natural resources also support their export business.

An area to watch is what they are doing digitally. The Fletcher School at Tufts University and MasterCard developed a Digital Evolution Index for 2017. Only three countries made the “Stand Out” category for the most advanced, but Finland was in the next category of countries expected to “Stand Out”. To be in this leading category countries must exhibit the ability to innovate. Finland strongly encourages start-ups, which is helping them drive digital innovation.

Establishing a business in Finland is a fairly straightforward process. Companies in Finland receive the lowest corporate tax rate among EU members at 20%.

Some items to note:

Finland continues to move in a positive direction which bodes well for their future. The business environment is eager to accept new ideas and encourage start-ups.

In Finland, high speed mobile internet infrastructure is strong and inexpensive. It is well prepared to support the coming move toward autonomous driving vehicles, which will require high bandwidth and fast capabilities.

While the population of Finland is among the oldest in the EU, they are expected to see a 4.6% increase in overall population due to people migrating to the country through 2030. This population growth will be crucial to secure the future of the great social programs they have in place and to support the tax base.

While Finland has had a slow bounce back from the 2008 financial crisis, they are almost recovered from that point with continued growth year after year, albeit at small levels. Overall the outlook is positive for Finland long term.