Simply put, Mexico is one of the most important commercial hubs in the world. I would also argue that this gem of a country is one of the loveliest, most misunderstood and just amazingly diverse places you will find anywhere. I have not only lived most of my life in San Diego along the border with Mexico, I also married a Mexican woman and have spent many years both traveling and developing business throughout the country. While doing business in Mexico as a foreigner is no easy feat, some of my most memorable client relationships and business successes happened there.

With a GDP of $1.27 trillion, this nation of 130 million people is the 15th largest economy on the planet, just after Australia. It is also the second-largest economy in Latin America after Brazil (2). According to my close friend Aron Davidson, a Senior Trade Specialist at the U.S. Dept. of Commerce and an expert in US/Mex trade, “last year Mexico was the U.S.’s top overall trading partner in goods and the #2 export market for U.S. goods. With the passage of the USMCA [United States-Mexico-Canada Trade Agreement], Mexico should continue to be a critical market for U.S. trade”. All told, the total commerce between both countries in 2019 was nearly $600b USD (2). It would, in fact, be impossible to deny that Mexico is vital to the U.S. economy, and vice-versa.

So, what’s it like doing business there? If I had to select one word to describe the overall business climate, I would happily choose “old school”. Business in Mexico is formal yet friendly, or stiff yet relaxed at the same time. Paradoxically, punctuality is not strictly adhered to in the Mexican business world (nor society as a whole), although foreign businesspeople are expected to be on time (1). However, if you are invited to a party in Mexico, it’s considered socially awkward to arrive on time. 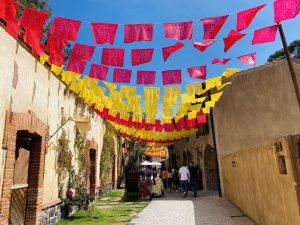 The business climate harkens back to what I envision as the good old days of doing business in the U.S. when relationships were the single most important foundation for a venture. To a time when businesspeople actually made a concerted effort to get to know each other on a deep personal level. An era when we were not in such a hurry and people did stop to smell the roses. For example, it is not uncommon for a business lunch in Mexico to go 3 hours or more. In fact, my first ever went for four. I distinctly remember another afternoon business outing in Mexico City at a client’s country club that followed with an invitation to his house for an intimate dinner party. Once, I was even the only business partner invited to a major client’s wedding in Acapulco – that one went until 6 am. I was seated at a table with my most important contacts at that account, like one of the group, one of their friends. Some of them did actually become friends.

Although there are always exceptions, generally speaking, Mexicans will not do business with you until you’ve gotten to know each other. It is extremely important to establish personal relationships as expertise is less than important than the relationship. For this reason, it can be very difficult to unseat incumbent partners or vendors as they have an established relationship already and there is trust – even if your product or service is superior (1). When you establish a relationship with your client, while it takes time, sometimes a long time, once you are in, you are often part of the family.

Advice on Doing Business in Mexico

I, of course, had to learn this the hard way. When I first decided to enter the Mexican market back in 2007, I dove in guns a blazing like most young, ambitious and relatively naïve American salesperson would. Thinking I could quickly divide and conquer, I swiftly learned how wrong I was. To outsiders the relaxed pace of business might be rather frustrating, it was to me at first. But don’t let the laissez-faire attitude fool you, Mexicans are not lazy, much the opposite. According to the Organization for Economic Cooperation and Development (OECD), Mexico was ranked the #1 hardest-working country in the world and with an average workweek of 42.8 hours (compared to the US – 34.4) (3).

The Mexican society is very status conscious; the business world is no exception (1).

You should always take care to stay at a reputable hotel during your trip. Why? Because the people with whom you are meeting with will ask you where you are staying – your answer will say a lot 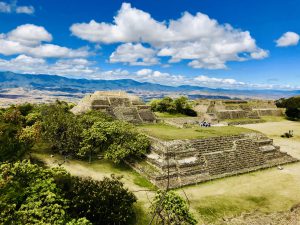 about you and your company. As well, titles are very important so take care to address your clients by their titles, doctor, ingeniero, etc. The most common in business is “licenciado”, which is someone with a college degree. Although changing, less people attend college in Mexico as compared to the U.S., so the title is admired, respected and important. Don’t also be surprised if they ask you about your family, maybe even where you went to school, or where you like to vacation. Now, these questions will be subtle and are not meant to be rude. Part of it is curiosity, another is getting to know you and the last is likely to size you up.

Mexicans tend to be very polite, sometimes overly polite and sometimes to a fault. As an example, when attending a meeting, or a social gathering, it is customary to greet every person in a room, I mean everyone. Upon exiting the event, you should also shake hands with each and every person. To paint this picture a little clearer, you will also hear “con permiso” or excuse me when anyone gets onto or off of an elevator.

While the culture’s sense of chivalry is very pleasant and at times refreshing, this fact can be rather challenging in a business setting. The culture saves face more often than not. Therefore, it can be difficult to interpret the true intentions of your Mexican prospect or client, especially in the beginning. Maybe and we will see, generally mean no. Yes, doesn’t always mean yes either, it can mean maybe. You will not often be told “no” directly, rather a non-committal response will be given instead. Don’t be in a hurry, because your counterpart will not be in one. (1)

One last piece of advice when it comes to closing a business deal, always be prepared to negotiate, always. No matter how good your initial offering is, you will always be challenged and asked if you can do better. Like any good card player, don’t give up your best cards too early in the game.

In conclusion, doing business in Mexico can be a very rewarding and pleasurable experience. However, outsiders need to be prepared to do a dance. Overcoming the initial relationship establishment hurdles can take time, so patience is a must. While most businesspeople do speak English very well, knowing Spanish is definitely an advantage that can jump-start the relationship building. Once trust is established, Mexican clients can easily become some of your favorite, closest and most memorable in your career.