Mobile application localization is essential for developers who plan to make their app available globally. While thousands of apps are downloaded every minute, they are also deleted at the same pace for not meeting the needs of targeted audiences. Having an app globally available requires that you make it globally ready as well, and localization is a crucial part of that. 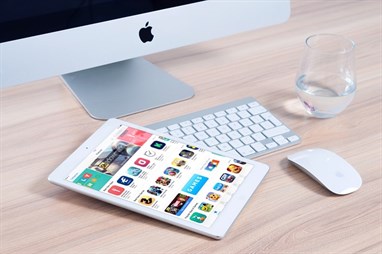 Localization for mobile apps (and the responsive mobile versions of any website) can be a challenge compared to desktop software due to space limitations. In this blog, I will discuss several tip for localizing your mobile application.

When you internationalize your application, it’s recommended that you separate your code from textual files so that any content modifications take place apart from the app code. While coding your app, it’s a good practice to make use of the available features in Android and iOS, such as dates, times and currencies, rather than reinventing the wheel. The assets of your app including content, videos and images need to be externalized so that a new language version is created for the new files.

Some languages require more space than others, so you need to allow your text to expand or contract according to the source and target languages. Spacing issues also involve character width and line height. For example, Thai takes up more vertical space than English in some fonts.

Some languages are written right-to-left (RTL), such as Arabic and Hebrew, which is a very important design consideration that’s usually wrongfully conceived as a simple CSS flip. Adapting any mobile app to allow for RTL languages requires exhibiting a natural flow and gracefully reflecting cultural differences. More information on RTL localization can be found here.

Pseudo-localization is a type of testing that you need to do before starting actual translation to make sure that all of the content in your app is localizable. This is done by replacing actual content with dummy text so you know which parts of the app (menus, button labels, confirmation messages, forms, etc.) may not be localization ready.

Testing your app on different virtual devices (emulators) is very important, not only for technical bugs, but also for the common localization issues such as truncations, untranslated strings, encoding and misplacement issues.

QA testing performed by native speakers is a valuable linguistic task you should add to the localization process.