Israel is located along the Mediterranean Sea in the Middle East. The country is surrounded by Egypt, the Gaza Strip, Jordan, Lebanon, Syria and the West Bank. The State of Israel was established in 1948. 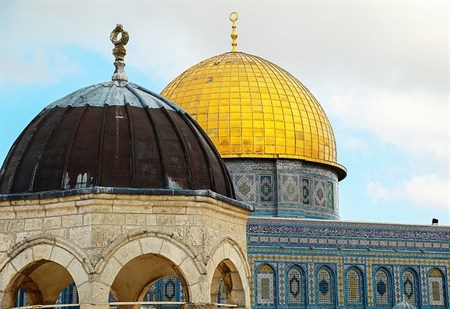 Israel’s culture is deeply rooted in the Jewish religion. In Israel, there are many Jewish immigrants from several different countries. As a result, Israel has a dynamic, creative and diverse culture. The holidays and festivals are all based on the Hebrew calendar.

The majority of Israeli people practice Judaism, which accounts for 74.8% of the Israeli population. Islam is the second most prevalent religion at 17.6%. Christianity, Druze and other religions comprise 8.4% of the population.

There are three important Jewish holidays in Israel: The Feast of Pesach (Passover), the Feast of Shavu’ot (Weeks) and the Feast of Sukkot (Tabernacles). These three festivals have historical and agricultural significance.

Israelis are very family oriented. As a patriarchal society, fathers are always the head of the household. A family usually includes the husband and wife, sons and their wives, single sons and daughters, as well as their service assistants and the assistants’ families. A typical Israeli family can include two to three core families and the total number of family members can range from 50 to 100 people. Extended, large families are quite common in Israel.

Israeli cuisine usually follows kosher protocols, due to the Jewish culture and religion. As a result, pork, shellfish, eggs and milk are prohibited. It is also prohibited to prepare or cook meats, dairy products and eggs in the same pot or container. Hummus, tahini, shawarma, pita bread, kebabs and falafel are some of the most commonly enjoyed foods in Israel.

Before settling in Israel, Israelis were spread out in many different countries. As a result, Israel has a very unique culture due to the influence its people received from the countries and cultures they previously resided in. Israel is an adventurous, creative and diverse country where you can explore a plethora of exciting cultures and people.