The success of Starbucks in the Middle East may seem surprising to some because of the prevalence of coffee shops in the MENA region. The history of coffee can be traced to the Arabic world, so how could a Seattle-based coffee chain manage to gain success in a region that holds its traditional coffee to heart so dearly? Starbucks currently has over 600 stores in 12 Middle Eastern and North African countries.

Starbucks in the Middle East

Starbucks focuses on localizing its products to satisfy the needs of the targeted consumers in each location. Translating their product content into Arabic is only part of a successful localization strategy. For the MENA region, this includes adding halal foods on the menu. Middle Eastern specialties, such as halloumi or zaatar, are included on menus. 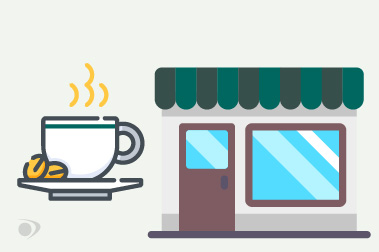 Starbucks is an affordable, yet upscale brand, which is preferred by the typical Middle Eastern consumer. Regular consumers can satisfy their coffee craving without putting too big of a dent in their wallet. Starbucks successfully prices their products for the market.

When Starbucks rolled out their alcohol offering at their Starbucks Reserve stores, they wisely opted out of including it in their MENA locations. They did this to respect the region’s sensitivity towards alcohol.

Starbucks interacts strategically with the local economy. They employ more than 10,000 people in the region and build partnerships with the cities and local businesses. Starbucks partnered with Alshaya Group that already has an established reputation in the region and in Europe as well. 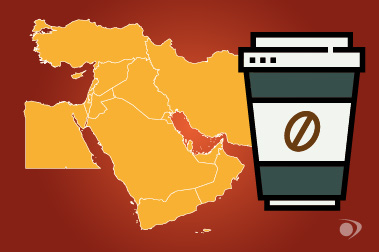 Starbucks formed the largest coalition in the Middle East to help youth. In 2016, they launched the “Opportunity Cafe” initiative and hosted a CV writing workshop across 10 regions. Local youth received professional advice on creating resumes, preparing for future careers, and succeeding in interviews. Starbucks also partnered with AMIDEAST Entrepreneur Institute and Silatech to host startup training sessions for young people looking to start their own businesses.

Starbucks’s social media presence is proof of its localization strategy success. Starbucks knows that its targeted audience views advertisements on online platforms and this is where Starbucks directs most of its marketing in the Arabic language. Starbucks’s MENA Facebook, Instagram and YouTube channels have over one million followers. These are the platforms they use to interact directly with their local Arabic speaking audiences.

The expansion strategy for Starbucks in the Middle East was to build a brand following based on a solid localization strategy, which made the transformation and adaption to the MENA region so smooth and well received by Arabians. They employ these strategies for success and to gain brand loyalty among their Middle Eastern customers.