Hebrew, along with Arabic, is one of Israel’s official languages. Hebrew language history as a spoken language goes back many years in time; in fact, Hebrew is one of the oldest known living languages that’s currently still spoken. It’s culturally considered the Jewish language. Hebrew is spoken by 7 million people in Israel. The United States is the second-largest Hebrew-speaking country with approximately 200,000 people, and Hebrew is also followed by Jewish diaspora (Jews living outside Israel) worldwide communities. 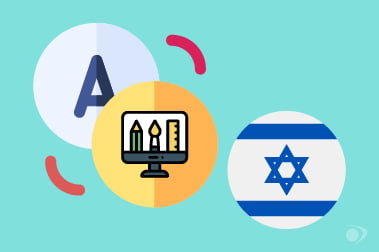 Hebrew was first documented in the Old Testament of the Bible. Historically, Hebrew has been a very widely spoken language. It was considered a sacred language. Mishnaic Hebrew was the last dialect that was spoken as a native language in the region of Israel prior to the downfall of Hebrew.

Until 1880, Hebrew was not spoken as a native language in any land. During this period, it was exclusively spoken instead as a liturgical language used in religious ceremonies and prayers.

The Rise of Hebrew

Hebrew did not experience a rebirth as a natively spoken language until the late 19th century, while the primary surge was experienced in 1880. Modern Hebrew is mutually intelligible, meaning speakers of different but related dialects can generally understand each other, among most Jewish communities worldwide.

In today’s world, Modern Hebrew is spoken in everyday use in Israel and other Jewish communities worldwide (for everyday use), and Classical Hebrew is practiced for prayer and historical studies with Hebrew literature.

The Hebrew language has some characteristics that require special attention, whether you’re laying out content for a document, localizing a website or localizing software. For example, the Hebrew writing style is right to left, so when translating an editorial document such as a manual, book or brochure, you must change the layout to right to left. Some authoring programs such as Adobe InDesign and Adobe FrameMaker offer a reverse layout functionality, which is one of the most useful options when working with a Hebrew or Arabic file.

Here are some other interesting characteristics of Hebrew. The language doesn’t have capital letters. And five letters change their shape when they’re in the last position of the word: 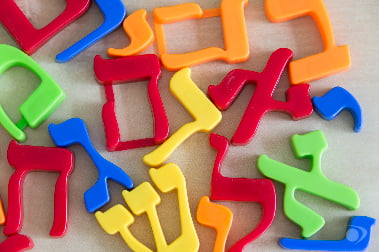 Hebrew is a Semitic language, and like most of the early Semitic alphabetic writing systems, the alphabet has no vowels. Normally it only uses consonants, but diacritical marks above and below the letters are often added to indicate vowels as pronunciation aids when required. These dots and dashes are named nikud, which means “applying dots” and are written above, below or inside the letters. Text containing nikud is called “pointed” text. They don’t alter the spacing of the line.

The Hebrew language has a unique history as one of the oldest known living languages that are currently still spoken. Its nuances require attention during the translation process.

If you’re considering translating some assets into Hebrew, you’ll want to select a translation vendor that specializes in Hebrew given the nuances of the language.