The number of internet users in China has now grown to more than 770 million. It is estimated that in 2018, approximately 600 million of them will be active on social media with more than 40% of their time online spent on social media platforms. Using social media is imperative for doing business in China. The numbers alone are quite staggering and to put them into perspective, that is more than twice the total population of France, Germany, Italy, Spain and the United Kingdom combined.

The ferocious appetite for all things social in China represents a huge opportunity for U.S. and other global brands to market their products to Chinese consumers on social media. Keep in mind the “Great Firewall” has prevented access to some social media platforms, such as YouTube, Twitter and Facebook but a myriad of other look-alike players have taken their place in China. It is critical for companies to understand which local channels to use in this highly fragmented social media market, especially because the Chinese expect to be able to interact with brands online and rely heavily on recommendations and reviews from family, friends and their social networks (28% more than their U.S. counterparts).

A quick look at China’s most popular social media sites:

There are many, many more social media platforms, so it makes absolute sense to do your research when doing business in China to find the ones that are a good fit for your business and then target and engage appropriately. For example, Xiao Hong Shu (Little Red Book) is an ecommerce platform which focuses on shopping experiences and shows glossy product photos (think Pinterest) of luxury products from the U.S., Japan, France and Korea. With more than 15 million active users, this Shanghai-based platform targets Chinese women between the ages of 18-35 with a taste for the international luxury lifestyle.

China also has several industry-specific social media platforms with large followings, such as Mafengwo for travel and Keep for health and fitness. 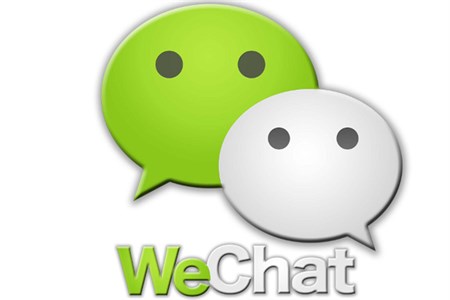 This all-encompassing social media app has officially surpassed the one billion user mark as of February 2018. It is the 5th most popular network worldwide and with users spending more than double their time on WeChat than users on Facebook, it’s easy to see the impact good social media marketing on this app can have on a business’ bottom line. WeChat allows its users to do everything from making restaurant reservations to reserving and paying for a cab all through their mobile payment system, WeChat Pay.

With a booming ecommerce market and $12.8 trillion in mobile transactions in 2017 alone, WeChat is bound to get an ever-growing piece of that pie.

Furthermore, there are thousands of third-party add-ons. With recent restrictions lifted, brands can now also use banner ads and Moments (think Facebook news feed), which make this platform highly customizable and suitable for personalized one-on-one interactions between companies and users.

To U.S. businesses this may be a new term but KOL (key opinion leaders) is an integral part of social media marketing in China. KOL are almost like self-sustaining media outlets that use internet celebrities, star athletes, entertainers and actors via huge endorsement deals to ensure reach and visibility for their particular brands. For example, Chen Kun, a Chinese actor, has an active following of 70 million users on Sina Weibo and those endorsements prove to be essential, especially at the beginning stages of social media campaigns. Picking the right KOL, however, is critical and factors such as gender, location, income, age and political leanings are important considerations in the selection process.

Here are a few examples of social media campaigns that proved to be quite successful:

To summarize, global companies planning to do business in China, must create a solid social media strategy. Although the social media platforms may be different in China, similar rules of engagement apply when it comes to social media marketing. Relevance, credibility and reliability resonate with China’s “participatory” approach to the internet. Social media provides a platform for Chinese users to exchange ideas, opinions and recommendations, which makes brand engagement that much easier.