Have you ever found strange characters like these ���  when viewing content in applications or websites in other languages? What are these and where do they come from?

Finding these strange, apparently misplaced characters is most likely the result of encoding issues and can be a headache.  This occurs many times in the localization field as content crosses borders, platforms and languages.

Everything on a computer is a number. If we want to have letters on computers, we must all agree on which number corresponds to which letter. This is called “character encoding”.

Character encoding refers to how “character sets” for different languages are assigned to computers. They are defined in “code pages” or “character maps”. These tables combine characters with specific sequences of ones and zeros.

The simplest encoding is called ASCII. ASCII characters are stored using only 7 bits, which means that there are only 27 = 128  characters possible.

Things got complicated when Asian languages and computers met. In some languages, such as Chinese for example, you have up to 60,000 different characters. This is where 16-bit encoding schemes appear, giving the ability to store up to 64,000 characters.

Japan, for example, does not use ASCII and simply created its own encodings, having up to 4 simultaneously. All of them incompatible with each other.  So, if for example, you sent a document from one Japanese computer to another computer with the incorrect encoding, the text would be broken.

The Japanese have a term for this phenomenon: Mojibake

Some languages affected by mojibake:

Unicode to the rescue

Finally, someone had enough and decided to create a standard to unify all coding standards. This standard is called Unicode and is not an actual encoding, but a character set.

Unicode has a code space of 1,114,112 possible positions. Sufficient for languages like Arabic, Russian, Japanese, Korean, Chinese, European languages, etc. and even for characters that do not exist. By using Unicode you can write a document in any language. 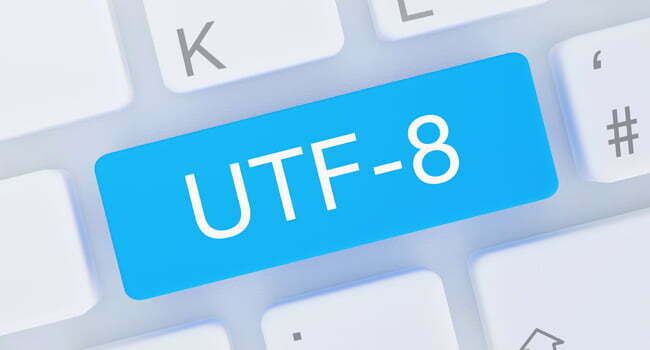 UTF-32 is a Unicode character encoding that uses a 32-bit number for each character. This makes a lot of sense, but it wastes a lot of space. An English document would occupy 4 times as much as it should.

UTF-8 is a “variable-length encoding”. That means most of the time, each character only takes up 8 bits, but can expand up to 32 bits if necessary. This system can support any Unicode character without wasting space, which has made it the most popular character encoding.

Today the most used standard is UTF-8 since it can encode any character and is backward compatible with ASCII. In addition, UTF-8 is relatively efficient in terms of space, which makes it the most efficient encoding standard for most cases.

Making sure your application is “localization ready” is key to developing applications that can be easily localized.  Supporting different character encodings and choosing the right encoding are two crucial steps in localization projects, either for websites or software localization.