You have a Mac and you want to start translating, but there are no compatible software translation tools. Do not fret, there are numerous options to be able to translate under macOS without having to give up your well-treasured device. Here are some CAT tools alternatives for Mac. 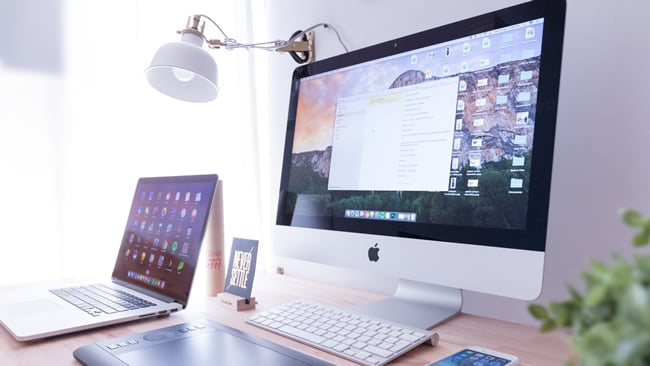 Use the Heartsome Translation Studio

This CAT Tool is currently discontinued and no longer receives updates, although the manufacturer has decided to make it open source and release it to the public. It’s free to download and works great on macOS.

With Heartsome Translation Studio, it is possible to open Trados files (SDLXLIFF) up to version 2021 and translate them without hassle. The interface is very clean and allows the user to translate files in a grid, just as is done in Trados.

Heartsome Translation Studio has some other cool features like:

OmegaT is very simple to use. While the interface may seem a bit overwhelming at first, the software itself offers a quick start guide allowing you to get started in only 5 minutes. It works on macOS, can be carried on a flash drive, supports many file formats, and is compatible with Trados files.

What if I still need Trados?

If you still need Trados, another convenient option is to install a native Windows environment. Keep in mind that any of these options requires a genuine Windows license.

Windows can be installed by:

– The installation of a virtual machine: A virtual machine (VM) is software that emulates a computer and can run programs just like a physical computer does. Setting a virtual machine is quick and easy. There are many options, but what I can recommend is VirtualBox. It’s free, plus the interface is really simple.

If you want to go for a paid software, you can choose Parallels. It is fast, easy, and lets you run Windows inside macOS.

To run a Virtual Machine you will need:

The dual boot option will let you have a second operating system (in this case, Windows) installed on the same computer as macOS. This option will run Windows natively instead of running it as a virtual machine. Dual boot does require restarting your Mac in order to switch between the two operating systems.

Presently, Bootcamp is only available for Mac computers based on Intel processors. Whether running a CAT Tool natively or running it on a virtual machine, these two options are effective to start translating on a Mac without the need to give up your macOS hardware.