With nearly 50 million Internet users and an Internet growth rate of 9%, Brazil is an e-Commerce market that is hard to ignore. Brazil is another cornerstone of BRIC, the acronym for Brazil, Russia, India and China. BRIC represents the four largest economies outside the OECD (Organisation for Economic Co-operation and Development). If the BRICs were to set aside one-sixth of their reserves, they could create a fund the size of the International Monetary Fund (IMF). Brazil is the largest and fastest growing economy in South America.

If you wish to be successful selling your products or services on-line to the highly strategic Brazilian marketplace, there are many factors to consider, from cultural and linguistic to consumer preferences. This blog post will provide highlights on understanding Brazilian consumer behavior and cultural values in order to achieve optimum Brazilian Portuguese website translation. 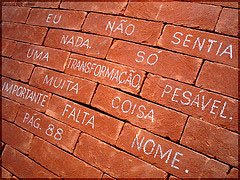 Unlike other Romance languages, Portuguese has maintained the stressed vowels of Vulgar Latin which make it unique. In addition, the Brazilian Portuguese language is written using the Latin alphabet and utilizes several accent marks. These include the circumflex accent, the grave accent, the tilde, the cedilla and the dieresis mark. There are also spelling differences between European and Brazilian Portuguese languages. Some examples of the differences in spelling and writing varieties are

There are many Brazilian symbols and icons that carry special cultural meaning for Brazilian culture. It is important to be aware of them to avoid inappropriate imagery or major cultural blunders.

A Brazilian search engine marketing campaign should be multi-dimensional, including not only localized organic search content, but also localized pay-per-click (PPC) campaign advertisements. Furthermore, Brazilian Portuguese landing pages can be a useful tool in an overall Brazilian SEM strategy.

The top level website domain in Brazil is .br. Other domains that are popular in Brazil are .com, .org, .net, .info, and .biz. It is advisable to have a Brazil-based legal representative when a non-Brazilian company decides to obtain a local domain, such as .com.br. The domain needs to be registered at registro.br.

When localizing your Brazilian website into Portuguese language, it is important to research cultural and linguistic issues for the specific market that you are targeting. Keyword list localization is a very different process from standard translation; you should ensure that your SEM and/or Localization Agency has the experience and understands the requirements for performing this service so that they can provide you with appropriate localized Brazilian Portuguese keywords. This will ensure that your Brazilian Portuguese content is optimized for Brazilian search engines and will produce maximum results.

Globalization Partners International has created a more extensive overview of website globalization for Brazilian consumers in a white paper, Website Globalization and E-Business Brazil, which is available via a free download.