The Turkish language is a rich, highly expressive and complex language that poses unique challenges to the translation process. Due to Turkey’s growing importance as a global economic force, Turkish is becoming an increasingly significant target language for western companies who wish to expand their products and services to lucrative global markets. Turkish is a native language for over 77 million people, primarily in Turkey and Cyprus.

Some history and characteristics of the Turkish language

After the Republic of Turkey was founded, script reform was introduced, replacing Arabic script with a modified Latin alphabet. Turkish is written using a modified, phonetic version of the Latin alphabet which was introduced in 1928 by the Republic’s founder, Atatürk, to replace the Arabic-based Ottoman Turkish alphabet. As a result, Turkish now has an alphabet better suited to the sounds of the language. Turkish spelling is largely phonetic, with one letter corresponding to each phoneme. Notice in the Turkish alphabet below that several letters are accented. A significant difference between the Turkish and English alphabets is the undotted lowercase “i”.

The distinctive characteristics of the Turkish language are vowel harmony and extensive agglutination. In vowel harmony, there are constraints on which vowels may be found near each other, which can lead to highly complex spelling rules. Agglutination is a method of word formation in which morphemes, (root words) are combined without fusion. A hallmark of this process is the addition of one or more affixes to a base. In Turkish, most of these affixes are suffixes. In Turkish, which ev means “house,” ev-den means “from a house,” and ev-ler-den means “from houses.”

Turkish can have extreme examples of agglutination resulting in long words. For example, the Turkish expression Avustralyalılaştıramadıklarımızdanmışsınızcasına is pronounced as one word, but it can be translated into English as “as if you were one of those whom we could not make resemble the Australian people.” (Wikipedia.)

Due to agglutination and the potential for long Turkish words, Turkish can pose “word fit” challenges in indented or constrained areas of page layout. This may be especially pronounced for table cells, boxed text and text with multiple indents (e.g. an “outline” indent format.) You can expect Turkish text content to expand approximately 28 to 33% compared to the corresponding English source content.

Long words in Turkish can also pose a challenge for software translation, as boxes, buttons and containers in your software user interface may require adjustment to accommodate more characters.

A good rule of thumb in Turkish is to avoid the use of ALL CAPS in table cells or single-line page headers for Turkish document translation projects.

Challenges with Turkish dotted and dotless letter “I”

Turkish has 4 versions of the letter “I”. Unlike English, which has only two, a lowercase dotted i and an upper case dotless I, Turkish has lower case and upper case forms of both the dotted and dotless I.

While English maps the lower case “i” to upper case “I”, Turkish maps the lower case “i” to an upper case “İ”. This change in the case rules for the letter i frequently breaks software logic. Many desktop publishing (DTP) applications like FrameMaker have the ability to artificially force the display of text to all UPPER CASE. With FrameMaker and many other word processors, the lowercase “i” will incorrectly map to uppercase “I” in Turkish.

Rule of thumb: If Turkish is a target language, let the DTP staff at your translation agency modify document templates to not force page headers or headline text into an artificial UPPER CASE display. If text is upper case in Turkish, type the text in manually, do not depend on the software to transform the display of the characters.

For further detail on this issue, review the very informative blog, Internationalization for Turkish: Dotted and Dotless Letter “I” by Tex Texin. 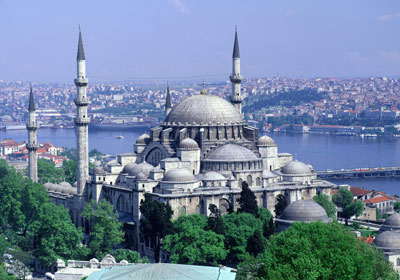 Since Turkish is such an expressive language (with multiple versions of the second person pronoun, for instance), there can sometimes be more than one legitimate choice for translated text. This can lead to conflicts based on personal style preferences during your Turkish translation project.

Your translation company should have highly qualified, professional, native-speaking Turkish linguists who also have professional credentials in your company’s area of business. A Turkish translation project will begin with creation of a glossary, to define approved translation for key terms, product names and corporate sanctioned phrases. A style guide should also be developed, which narrows down the choices in style or tone before translation even starts.

It is critical to make sure that your in-country reviewers are aware of the glossary and style guide when they do a final in-country review of your translation. It is possible for two equally-qualified Turkish linguists to have different style and tone preferences. If your in-country reviewers are not aligned with the original parameters set by the glossary and style guide, there may be many unnecessary “corrections” requested, which can lead to change orders or unwanted project delays. Turkish is more prone to this problem than other popular languages.

To fully penetrate Turkey’s lucrative market and see greater returns, companies need to reach Turkish consumers in their own language. Turkey has one of the world’s most dynamic economies and is widely considered to be a future equivalent to one of the BRIC (Brazil, Russia, India and China) economies. Turkey’s youthful population is quickly adopting social media and mobile applications, with a preference for content in Turkish. In the near future, economic incentives to translate and localize your content into Turkish will intensify.