In October, Adobe broadcast its annual conference called Adobe MAX 2020. Led by Shantanu Narayen; Chairman, President & CEO; and Scott Belsky, Chief Product Officer, the main motto of the event, viewed by half a million people, was: “Now more than ever the world needs creativity.” It was an accurate introduction to what they showed. New products include Adobe Illustrator for the iPad, Photoshop Express, Photoshop Camera, and Adobe Spark. And as always, Adobe continues to release updates for their software.

Also in October, Adobe delivered an October 2020 release (version 16.0) of Adobe InDesign, which is part of the Creative Cloud Applications. Adobe InDesign is oftentimes used as a graphic design and digital publications tool. Since October, Adobe has delivered a few small updates (16.0.1 and 16.0.2). In this blog post, we’ll describe the new features in version 16.0.

Share for Review now has enhanced text editing capabilities to provide a more seamless experience for content reviewers. It offers a new set of tools such as highlight text, insert text and strikethrough text.

You can now search for all instances of color in InDesign. You can then replace the color with another color or delete the color. You can search from the Colors panel as well from the Find/Change window. 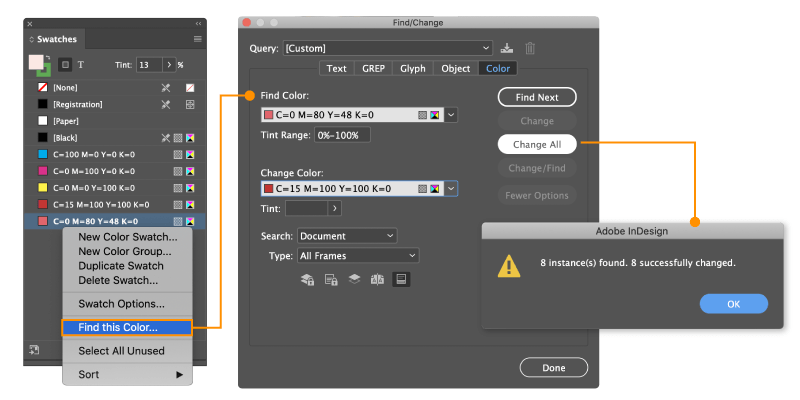 You can detect a subject and wrap text in an image intelligently—no more manual work of finding the subject and using the pen tool to wrap the subject. Wrap text around the contours of a subject directly without needing Alpha Channels or Photoshop paths. You can do this work with the intelligent wrap functionality powered by the new Adobe Sensei engine. 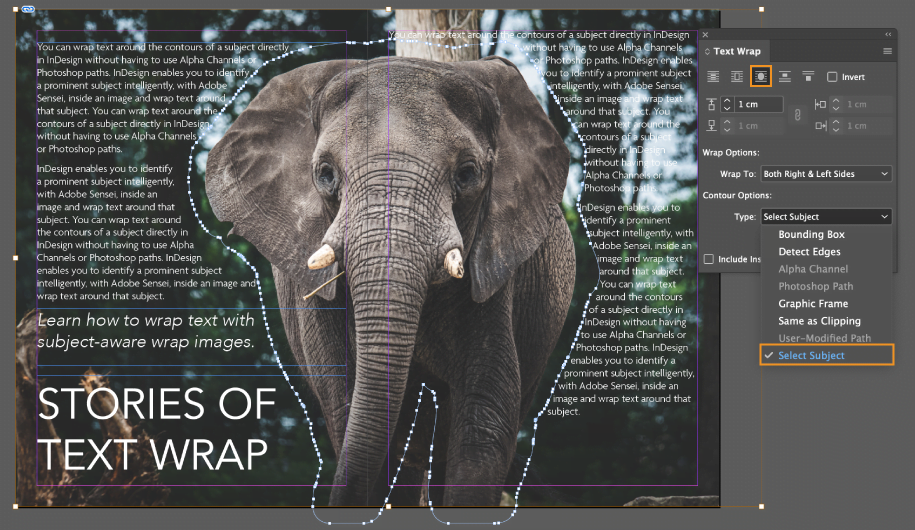 Use HSB Values without RGB Translation

When you use HSB values to set colors, you now don’t have to translate color values into RGB values. You can set HSB values wherever color values can be set, including swatches.

Detect Damaged Documents and Recover Them

Sometimes a document can become damaged, so it won’t open when you try to open it. The new version of InDesign can attempt to recover the file from the Adobe servers. When you try to open a damaged file, a dialog window will appear and offer to troubleshoot and restore the document. This saves you time troubleshooting.

Use Navigation Points to Start Videos in a Different Place

If you have a video that you want to start playing in a spot other than the start, you can set a navigation point at one or more specific sections. You can set this precise navigation in the media panel. 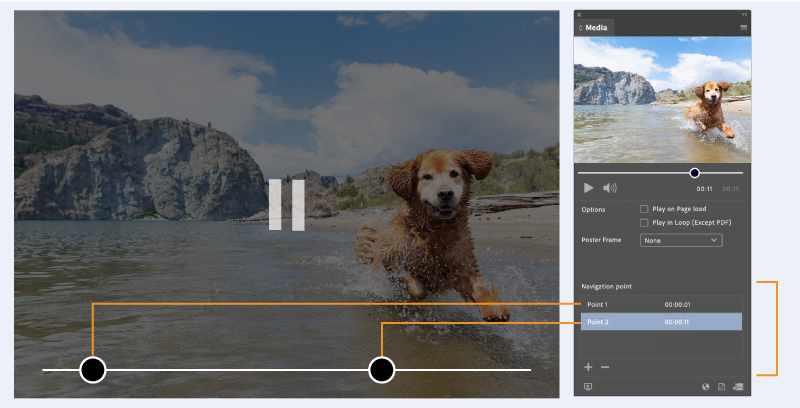 Adobe has added some new and exciting features to InDesign. Like all Adobe applications, the 16.0 release will keep evolving every time an update is released.