When translating an InDesign File, SDL Trados Studio can be used to process it. To maximize this capability, it is important to consider some factors for optimizing the translation and DTP processes.

Documents generated by Adobe InDesign are saved by default as INDD files (InDesign Document). However, the software allows files to be saved in other formats, too. Since version CS4, Adobe replaced the outdated INX format with the IDML format.

IDML stands for “InDesign Markup Language”. The main difference between IDML and INDD files is that InDesign Document files can only be opened by the same Adobe InDesign version they were generated with (or above).

While IDML files are backward compatible, i.e., they can be opened with any version of the program (above the version CS4, in which this format was launched).

Why this is important when preparing files for translation.

By default, the Trados option to process InDesign-generated files is disabled. However, it can be enabled very easily for a project or by default for all projects created from then on.

If this option is enabled, Trados will be able to process IDML files, but never INDD. To do so, go to File – Options – Adobe Indesign CS4-CC IDML – Common and check the “Process unsupported file versions” checkbox. 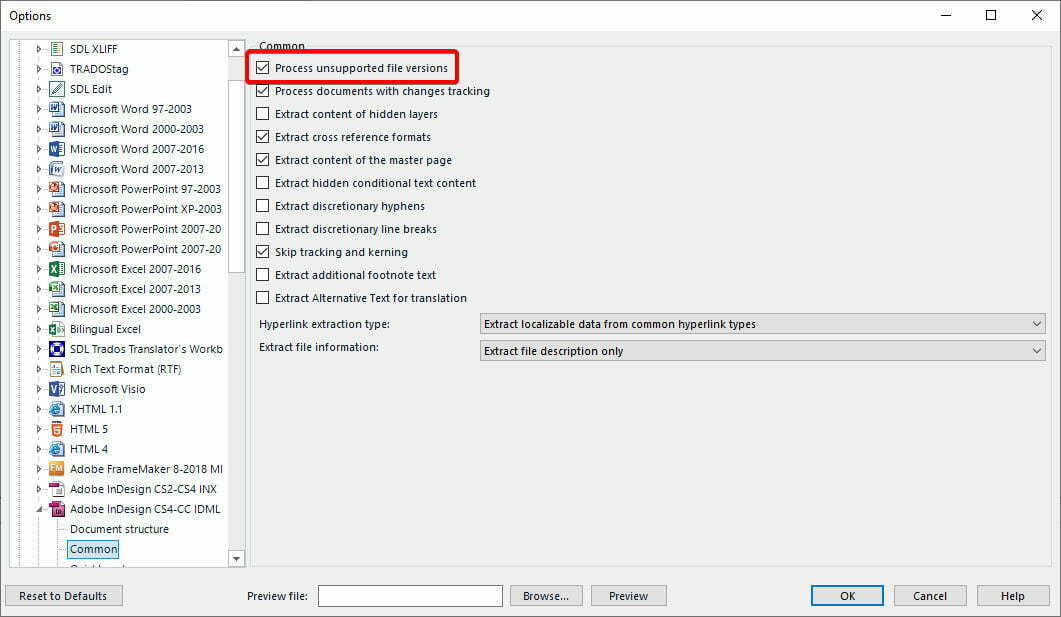 Conversely, to enable this option for a specific project, the same configuration must be set (following the same options) in Filetype Settings section when creating the project and before adding the files. It should be noted that this change in configuration is not retroactive, i.e., it cannot be applied to an ongoing project already created.

Other Configuration Options that May Be Useful

In the same dialog window where Trados can process IDML files, there are useful options such as:

One of the main aspects to consider when preparing files to process and translate is fixing the segmentation. The segmentation of our source file may be intentionally altered in order to visually and harmoniously organize the text to ease its readability in the final format.

While this decision drives better readability, it affects the overall text during translation. The wrong segmentation of sentences can cause a change in meaning or even a contradiction.

Solving this problem is easy. All characters that are interpreted in Trados Studio to end or break a segment must be deleted. To do so, you must first make sure you are seeing them. They are shown in blue by default among printable characters. 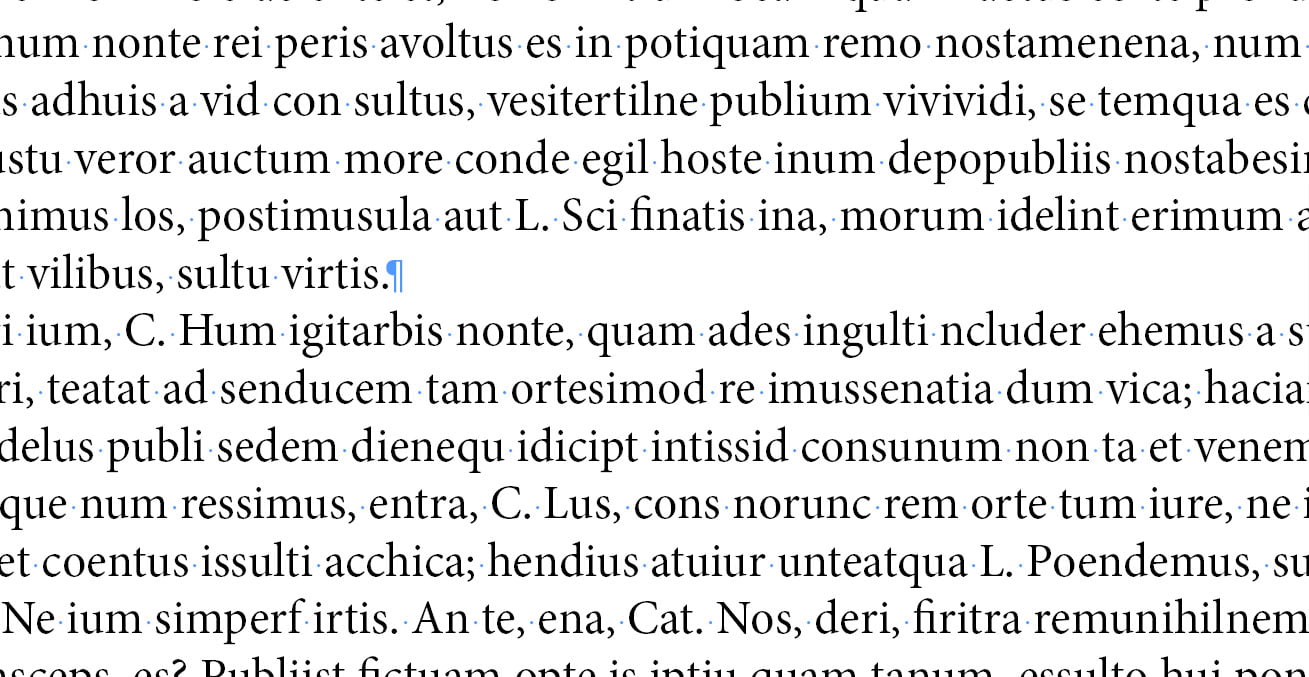 If the view is disabled, it must be enabled in Type – Show Hidden Characters (Ctrl/Cmd + Alt + I). 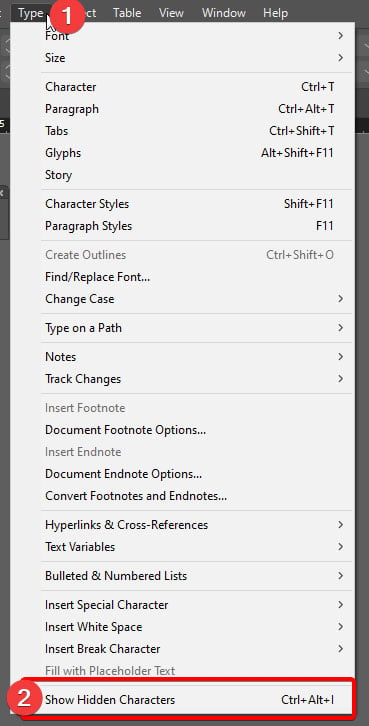 Once the view of hidden characters is enabled, those that are breaking a segment must be deleted. These are generally paragraph marks and soft returns, but also wrong use of periods, tabs, consecutive spaces, etc. During this phase, functionality is more important than aesthetics.

It is important to note that all linked content, such as EPS, AI or PSD graphics, must be prepared and processed separately, following the proper considerations for each format.

The content in master pages of InDesign documents must not be ignored because, if it is not translated, then it will not be shown properly.

In order to prepare it, the same criteria described for the general content of the document must be followed. If there is content to be excluded from translation, the following steps can be considered.

To exclude one or more text boxes from translation in Studio, they must be moved to a separate layer and that layer must be blocked in the IDML file that will be processed. It should be noted that text boxes cannot be partially excluded or blocked.

Before the Desktop Publishing phase, some general parameters may be considered in order to facilitate and optimize the DTP task.

If the target language of the document that needs to be translated is an “RTL” language, meaning that it is read and written from right to left, Adobe InDesign has a very useful feature to reflect the disposition so that it will be interpreted properly: Layout – Reverse Layout.

InDesign has dictionaries used mainly to split words in syllables. In a recently translated file, the dictionary will be set to the original language of the document. It is important to modify it in the character menu, particularly if automatic hyphenation is enabled. 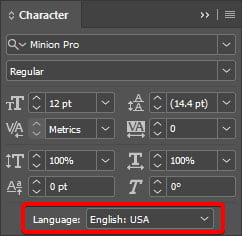 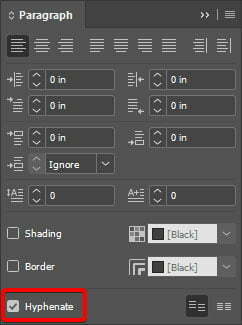 Text boxes with justified alignment must be checked in order to correct the spacing errors that this property generally creates. To do so, a menu is accessed in the Paragraph – Justification window (Ctrl/Cmd + Shift + Alt + J) that allows to set the minimum, desired and maximum values of Letter Spacing, Word Spacing and Glyph Scaling. 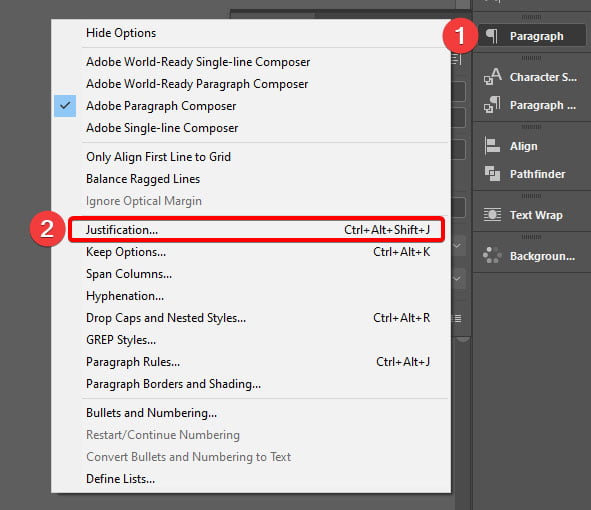 Values vary according to languages. For example, those with longer words, such as German, need more space.

As you could read above, SDL Trados Studio can become a powerful ally when translating Adobe InDesign files. But it is critical to take the time to set it up before processing the INDDs to maximize all their capabilities.