Twitter announced on their blog Twitter Translation Center adds Right-to-Left Languages using crowd-sourced translators to localize Twitter for people who speak those languages in the Middle East and Asia. Twitter is currently available in 22 languages with the help of more than 425,000 volunteers contribute to the Translation Center.

The new fully localized user interface will help Twitter to increase their accounts and activities in the Middle East region.

Twitter was an effective tool during the Arab Spring and it has gained a lot of popularity in a region with almost 280 million internet users who speak the Arabic language. The native Arabic language interface should guarantee more use and success for Twitter. 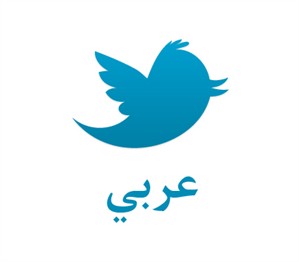 This issue is one of the most annoying problems to Twitter users in the Middle East. The users used to write their tweets in Arabic but yet they had to use English hashtags combined with their text in order to tweet about the same topic.

I believe that Twitter will execute the right-to-left hashtag support in their new editions which will help the native speakers for those locales to use Twitter more natively and effectively.

GPI works with traditional SEO/Social Media Firms, Interactive Agencies and in-house marketing teams who handle the English (USA) SEM work by becoming an extension of their team to help them with all things language and country related.